How have you squandered 15 months of free money?

THE furlough scheme starts winding down today, meaning the end of 15 months of being paid for doing f**k all. But how did you squander the opportunity of a lifetime?

I’d always promised myself that if I got a year off I’d spend it on self-improvement, like learning Spanish or a martial art or to play piano. But instead I decided to spend the whole time lying down, bored and anxious, scrolling my phone.

I baked sourdough, the kids painted rainbows, we clapped for the NHS, quizzed on Zoom, loathed Cummings, went on a shit staycation, cancelled Christmas, developed a weeknight drinking problem, and hated the whole thing. So basically the same as working.

I’d always dreamed of writing a novel – a trilogy, the epic saga of science and magic-based civilisations clashing in a far future – and so on day one I began work. I’ve just finished it but unfortunately I have no talent and it’s total shite.

During those first crazy weeks nobody knew what to do, so I just played videogames. And as the months rolled on I continued to play videogames, and basically I’ve played videogames the whole time. Have you tried them? They’re f**king great.

Heartened by all the tweets reminding us that Sir Isaac Newton discovered the laws of gravity and motion during the plague, I resolved to do the same. 15 months in I’ve got nowhere. I could have just watched telly.

Took to it like a duck to water. I’m transitioning to the dole for a bit, then a pension, so I’ll spend the rest of my life on the government tit. But to compensate I’ll watch GB News all day and become hideously right-wing.

How to read too much into the Diana statue ceremony: A Daily Mail guide 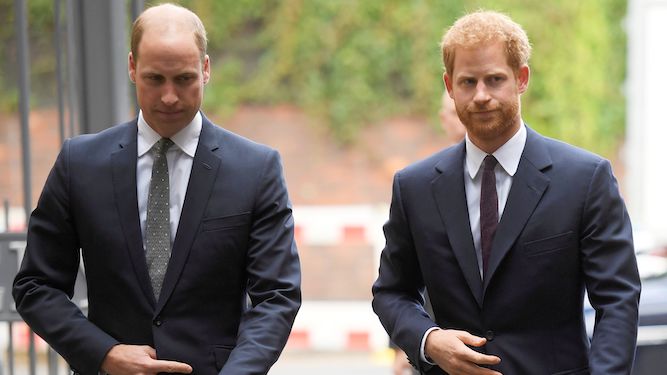 THERE’S nothing the country’s most popular hate rag enjoys more than a Diana story. Here’s how its soulless hacks will misinterpret the statue unveiling to fit its agenda.

What could their stoic, mournful expressions mean? Is it because they’re unveiling a memorial statue of their tragically departed mother, or is it because of the gaping rift that’s growing between them? We’ll blindly assume the latter because that will generate more clicks on our godawful site.

Is she smiling? We’ll read that as a mocking jibe at Charles. Is she solemn? We’ll twist that to mean she’s disapproving of Harry’s move to the States. We’ll only begrudgingly give the statue a pass if it’s sculpted to look like Diana is excitedly reading the Mail and giving it a big thumbs-up.

Judge the statue by its words and actions

The Mail’s assessment of character is f**ked at the best of times, but when applied to an inanimate object it completely breaks down. Rather than appreciating the statue as a legacy of the People’s Princess, Mail hacks will wonder why it’s acting so cold and aloof. Does this statue think it’s better than us or something?

Bring Meghan into it

It wouldn’t be a Mail story about the Royals without crowbarring a negative opinion about Meghan into it. Expect her conspicuous absence to be picked apart in forensic detail, even though she’s looking after her newborn so hopping on a long-haul flight might not be the best idea. Kate won’t be attending either but oddly that’s not a big deal to the Mail.

When all else fails, or if it’s just a slow news day, expect the Mail to flat out make shit up for attention. Headlines relating it to the Edward Colston statue and the ongoing culture war are probably already typed up and raring to go. And if they can somehow tie it into immigration we’ll never hear the end of it.