Bagpuss and other childhood treasures your kids think are shite

How did they make this, in a shed on a £5 budget? They should have called it Crap That Belongs in a Bin. And sorry, life is too short to sit through tedious four-minute interludes about some annoying mice going sailing with horrible folk music.

You’re serious? They fobbed you off with this? You poor, gullible, adventure-starved old people. When they had that gun fight at the end of the second episode I was shouting, ‘Just shoot them in the strings!’

It’s your generation that is responsible for this weird waste of space on Sainsbury’s shelves. What the hell’s a ‘beano’ anyway? Admit it, you had no idea. And Plug from The Bash Street Kids is just offensive body-shaming. Written by old men who were out of short trousers by the year 1929, I’ll bet.

The Magic Shiteabout, more like. I know you were all on drugs in the 1970s but I don’t care how high you were, no snail is half the size of a f**king dog.

Did none of you ask why the shopkeeper doesn’t just tell this time waster: ‘Sod off, I’m trying to run a business here. Every day you wander in and never make a single purchase. You’re in that bloody changing room for 20 minutes at a time, making me turn away paying customers, then you come out with some delusional rubbish about being a knight.’ 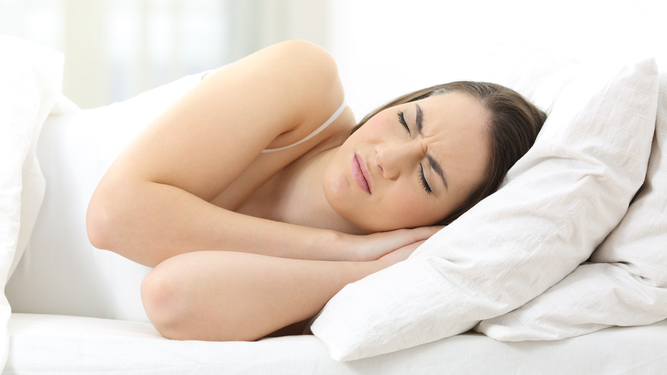 THERE is nothing more annoying than lying awake in bed wide awake because your brain won’t shut the f**k up. You’re probably thinking about some of these things…

To wee or not to wee

I am not sure I really need a wee, so I’ll have an hour-long debate about whether I really need one before getting up and having the damn wee anyway.

Whether the work email you sent sounded okay

I’m sure it sounded rude. Did I add too many exclamation marks?  I’ll just get up and take a look in my sent box, decide it IS bad, then lie awake worrying about it for the rest of the night.

On a loop. Why this? Why now? It could be worse, it could be Mr Tumble.

How many hours of sleep you will get tonight

Four hours! How am I supposed to manage on four hours… now three hours… two? F**k, is that the alarm?

Have I got Covid?

I definitely coughed a few times earlier and my throat has been a bit sore. Maybe I should google the symptoms for the 1,000th time then decide I have all of them.

Are the kids okay?

Should you go and check on them? Yes. Sure, they were fine when you tucked them in but maybe just check again just in case. You’d feel awful if they were sick and you hadn’t gone to check on them.

Whether you can die of sleep deprivation

I’m so tired? What will happen if I never sleep again? I’ll probably die. I’ll google it now. That’s a great idea.

What to make for dinner tomorrow

Jacket potatoes? But we had those today. Is it okay to have jacket potatoes two days in a row? Who knows or cares, just go the f**k to sleep.

But what about the stuff. Then the other stuff and more stuff. Oh and that bit of stuff you thought you’d forgotten about.