How to justify your pissed, expensive 2am eBay purchases

Sure, in the current economic climate that mid-90s club compilation might seem like money down the drain, but maybe it’ll help you to barter for unchlorinated chicken on the post-Brexit black market? Sounds wildly unlikely, but so did Brexit itself.

Focus on the cheap delivery

By choosing the slightly less expensive delivery option that will take four weeks to arrive you can act like you’ve saved yourself a fortune. In fact you might as well plough this hard-earned money into another inadvisable purchase. Rude not to.

Talk yourself into believing that you’re somehow keeping Britain afloat by ordering crap online. Ignore the possibility that you might just be sending money to a nutter who still lives in their mum’s basement, and that it’s online shopping that’s killing the high street in the first place.

Think of the last time you treated yourself

It’s probably ages ago, right? Definitely at least three, maybe even four hours ago. You’ve earned a treat, if only you could find your wallet amongst the piles of padded envelopes and cardboard boxes currently filling the room.

Switch on the news and remind yourself that civilisation only has about six months left at most. Those pricey back issues of 2000AD will be your last supper, so you might as well max out your credit card on stuff that you no longer want the second you’ve clicked ‘buy now’. 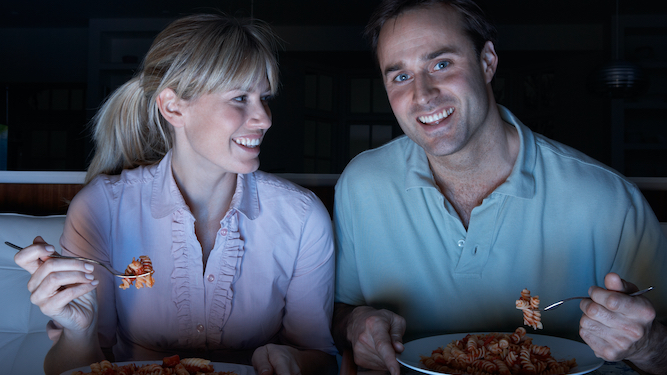 A COUPLE eat their dinner so f**king late it is unbelievable, their friends have confirmed.

Joe and Laura Turner regularly sit down for their evening meal when the time has reached double figures even on a weeknight, a practice which is viewed with utter bemusement.

Friend Tom Booker said: “They haven’t got kids so they don’t have to eat before six o’clock or base all their meals around fish fingers like we do, which I envy them for.

“But last week I called Joe at well past 10pm to see if he fancied going on GTA Online, and he said ‘Ah, we’re just sitting down for our dinner at the moment.’ My wife was already asleep in bed.”

Joanna Kramer agreed: “I’ve been round there for dinner on a work night and they don’t serve up until 11pm. By that time I’m so knackered I can barely get the fork in my mouth.

“Like, they’re not f**king Spanish. Where do they get off? The only way it’s acceptable to eat that late is if you’re blind pissed and it’s a kebab from a van.”