THE £20-per-week rise in Universal Credit for the pandemic cannot last forever, because we do not deserve it. Here’s how to flash that cash while it lasts:

Like the monarchs of old, hold a lavish banquet in your own honour. Light candles because the pre-pay electric’s run out, and instead of a hog roasting on a spit impale Tesco Value beefburgers on a pencil and rotate them over the gas ring.

Impress the chicks in VIP nightclubs

Act the Leonardo DiCaprio-style high roller by ordering endless bottles of vintage Krug champagne for leggy models. But there are no nightclubs, so economis by taking a Londis bag of Strongbow Dark Fruits to the bit of your local park where the teenage drinkers throw up.

Blow it on cocaine

Whatever you call it – toot, beak, gak, spangle – coke is the status symbol narcotic. You might have difficulty finding a dealer to sort you out with your £2.86 per day’s worth, but on the upside there’s no risk of getting hooked.

Make a terrible record or film

A great way to lose cash is to dabble in film production or invest in your dreams of being a pop star. A budget of £20 is admittedly low, but once you start filming an action epic in your back garden it’ll be gone in no time.

Millionares love Hummers. Make your own by widening your car with cardboard boxes painted black, or get a friend to Photoshop you into a picture of one and put it on Facebook anyway, crouched in front of it with a fan of four fivers like a rap megastar.

Your £2.86 a day isn’t quite enough to sample the Chateau Papes, but tatty corner shops have a selection of under-three-quid wine gathering dust. Remember to say ‘Mmm, earthy with a hint of citrus’ rather than ‘Jesus, is this antifreeze?’ 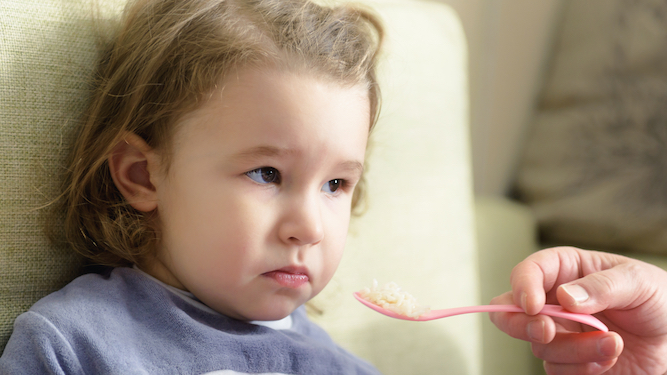 YOGHURT the wrong way round? Given a spoon you don’t like? Make it into a massive drama with this handy guide:

Heading outside because your parents thoughtfully wanted to give you a change of scene? Well, you wanted to go in Daddy’s car, not Mummy’s. Scream purple-faced at the injustice of it until mummy loses her shit, makes a screeching U-turn and goes home.

So what if it’s your favourite lunch in the whole world? You wanted the Pom-Bears on the other side of the plate. It’s important to set boundaries of what is and is not acceptable. Show your displeasure by throwing it on the floor then wail inconsolably because now you want it.

It may seem like a simple sequence of events, but you can make getting dressed an epic battle on a par with Stalingrad. How dare they insist you wear socks? Or question whether yesterday’s pants worn on your head constitute a suitable outfit for a winter walk?

A bit of chocolate cake

It’s a massive treat and you should be happy? But you suspect your sibling may have a tiny bit more icing. Scream ‘It’s not fair!’ so loudly and incessantly that you directly impact the birth rate in three surrounding postcodes. Observations like ‘They’re the same size,’ should be treated with contempt. You will not be a victim of cancel culture.

Lovely bathtime bubbles and your favourite plastic toy? Yes, but you wanted to wee in the bath, then drink the bathwater. Anyone who tries to stop you is trying to remove your basic human rights, and you will report them to the Hague soon as you’ve stopped trying to eat this bath bomb.