How to maintain your bigoted views in retirement

IT can be a challenge to navigate the transition to retirement while remaining militantly bigoted. Stay an intolerant prick in the twilight years with these tips:

Hearing your woke grandchildren spouting irritatingly tolerant views about immigration and climate change and giving up dairy really stimulates your narrow mind with new things to get angry about. What on earth bloody ‘non-binary’ is you don’t know.

It is crucial to seek out other like-minded bigots who can inspire you to get all het up and veiny about new things. Watercolouring classes, Facebook groups called ‘Old Stoke-on-Trent was best!’ and your local post office are great fascist networking opportunities.

It’s very easy to slip into ‘not being bothered’ about issues that you’ve never directly enountered and don’t affect you. That way lies liberalism. Get yourself boiling mad by reading all the papers online and chase whatever tiny thing really inflames you.

It’s easy to feel invisible in retirement so find a way to make your voice heard. Why not load up your favourite right-wing rag online and start commenting below articles so you can hear your views celebrated and reinforced. 77JubileeBrit must speak for the people.

Everyone needs to workshop their prejudices sometimes. If ever you feel yourself teetering and thinking disturbing thoughts such as ‘maybe grand-scale nationalisation isn’t such a bad idea,’ the lads propping up the bar at the golf club will be there to set you right.

Thank f**k for that, says UK public at news a royal wedding was held in secret 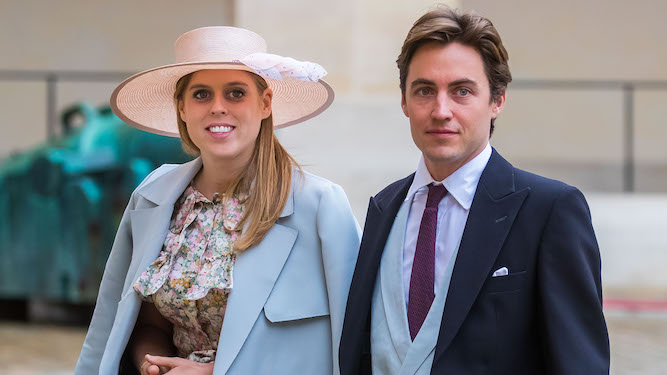 THE UK public are relieved they did not have to rejoice or put up bunting because a posh, rich couple got married.

After Buckingham Palace confirmed that Princess Beatrice married Edoardo Mapelli Mozzi at a small private ceremony, Britons confirmed they were happy to know f**k all about it.

Charlotte Phelps said: “What with all the other shit going on this year, the last thing we needed was yet another sodding royal wedding.

“Even if, like me, you aren’t interested because you think the royal family are a bunch of spongers who do nothing but hoover up taxpayer’s money, their weddings are impossible to avoid.

“If it isn’t shops full of naff royal-themed tat, it’s sycophantic front pages speculating on what knickers the bride will be wearing, or the neighbours decorating their house with so many flags that it looks like a Union Jack was sick on it.

“Coronavirus and Prince Andrew are two of 2020’s worst points, but at least we can thank them for this.”