DO you have a friend who claims to love living in London but who you suspect secretly hates it? Here’s how to see through their lies.

The places they tell you about all sound a bit shit

London is full of wacky places like restaurants where you can fly drones, or pubs filled with hipsterish crap like old Pac-Man machines and stuffed bears. But does any of that actually sound enjoyable? No. It’s shit.

They only pretend to use all the amazing facilities

Simply ask your friend what film they last saw at the cinema. If it was Shrek 2, they’re not exactly out at the IMAX and Leicester Square Odeon every night.

Rather than admit London might at times be somewhat dangerous, your friend will pretend to be unfussed by crime, eg. “Yeah, some people broke into the house next door, had a gang fight in the street and set fire to a police car. But it was only kids.”

They are weirdly over-enthusiastic about public transport

London’s public transport is not as shit as other places, but since when was sitting on a bus a great experience? Your friend is really scratching around for reasons to like London when a trip on the crowded, grubby Northern Line is a highlight of your life.

They take every opportunity to not be in London

When enthusing about London, it’s entirely likely they’ll be doing it during yet another weekend spent somewhere much nicer, such as their parents’ house in anywhere not London.

Twitter user responding to absolutely anything with a death threat 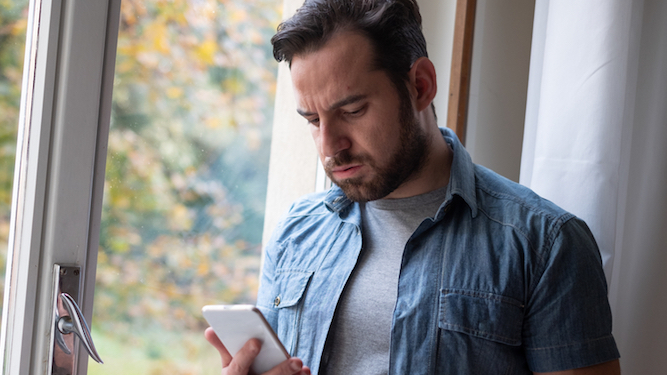 A MAN who has spent too much time on Twitter now believes it is normal to respond to any minor annoyance with calls for murder.

Roy Hobbs began his death threat hobby by tweeting that the local council should be executed for their wheelie bin policy, and now responds to any event with a bloodthirsty overreaction.

Office manager Hobbs said: “If I’m pissed of with the number of crisps in a packet from Walkers, then I tweet that Gary Lineker deserves to be shot. That’s reasonable.

“I’ve also sent death threats to my local optician because they couldn’t squeeze me in on a Wednesday and to Ocado when they said my shopping was going to be delivered late.

“I know it’s an automated response but I now find it impossible to communicate in anything other than this dickish, knee-jerk way, usually involving anyone in the news being ‘strung up’.

“In fact it feels totally normal to tell everyone that Ed Sheeran’s head should be put on a spike, even though in real life it would be incredibly horrible and evil.”