IF you were keen to be an aspirational show-off in the 2000s, certain status symbols were vital. Was your house full of this sort of tat?

What better way to show off your new fascination with the ‘spiritual’ and ‘New Age thinking’ than by buying a dreamcatcher from Homebase? While some feathers tied to a bit of wood might be incredibly meaningful to some Native American cultures, they have absolutely no place in a semi-detached home in Peterborough.

Perhaps the defining status symbol of the decade, as they were massive and bolted on to the side of your house. Now all your neighbours, and any passers-by, could see that you were paying truly extortionate sums for access to hundreds of obscure American shopping channels that you never watched.

There was a brief and bizarre period where every child became obsessed with owning an incredibly rudimentary robot dog. Buying your child a piece of tat costing north of £100 that moved like C3PO with arthritis must have made sense if you were looking for a ‘pet’ that wouldn’t shit all over your new pattern rugs.

Fathers became obsessed with the idea of turning their living rooms into ‘home cinemas’. This basically involved spunking vast amounts of money on a set of massive speakers and a profoundly expensive DVD player that would become obsolete before the end of the decade, all so they could watch The Day After Tomorrow with the curtains drawn.

For some reason, anyone trying to appear well-to-do in the 2000s filled their homes with small decorative bowls of crap such as pot pourri, or even just pebbles. Whatever mastermind somehow convinced the world that glass dishes filled with, essentially, smooth gravel were a decorative must-have is a true genius. 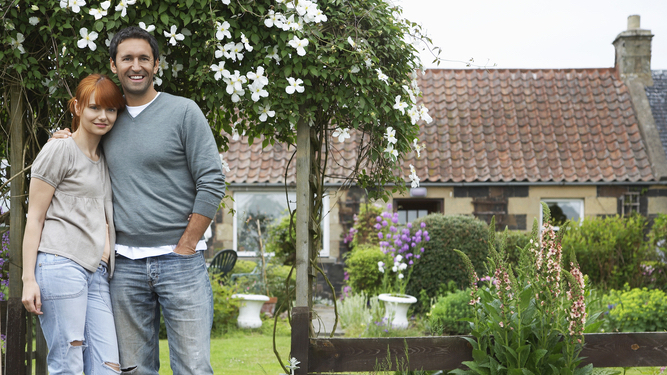 ALL Londoners leaving the capital for a better life are moving en masse to Cornwall and the Cotswolds, they have confirmed.

The moves, which are taking place simultaneously and will end with everyone still living within 15 miles of each other, are expected to make living in those two locations just as unbearable as living in London used to be.

Francesca Johnson, who is covering her move extensively in the Sunday Telegraph, said: “When I decided I wanted to leave London, it was a tough choice. Move west, to a location which is still unambiguously Southern, or move further west for the same?

“Of course house prices are rocketing, the neighbours all work in the City or the media, the train services are hopelessly overstretched and all the people who’ve lived here for generations hate us. So we’re very much at home.”

Sociologist Helen Archer said: “Previously Londoners couldn’t conceive of anywhere that wasn’t London, so this is a real step forward for them.

“Of course it’s possible that, with enough education and pieces in the property section of the Times, they could recognise that locations like Leicester and Sheffield not only exist but have nice bits and are closer to London by train.

“But do you really want these twats where you live? No. So keep quiet.”