Man who claims ‘I’m a bit of a night owl,’ actually just a lazy twat

A LAZY bastard who stays in bed until 12pm has claimed it is because he is a ‘night owl’.

Nathan Muir, whose freelance graphic design job means he can remain in his fetid pit while decent people are working, actually believes that he stays up until 4am because of his unique body clock, not because he rises at noon.

He said: “Morning person? Not me mate. I never see it, or not the end you see.

“I’m basically nocturnal; up at what most people call lunchtime, settling down to work when the ordinaries are on their way home, enjoying my leisure time while the waking world slumbers.

“It’s not that I’m lazy. I’m just wired differently to most people. Always have been, ever since I was a student. Honestly, I missed every lecture.

“I tried to go to bed early the other night – had a big morning meeting, they must not have heard about me – but I wasn’t tired in the least. 10pm’s just when my motor starts running. And I’d slept in till three after a big PlayStation session.”

Muir added: “Also I smoke a lot of weed. But that’s nothing to do with it either.”

Man who has taken up boxing getting punched a lot 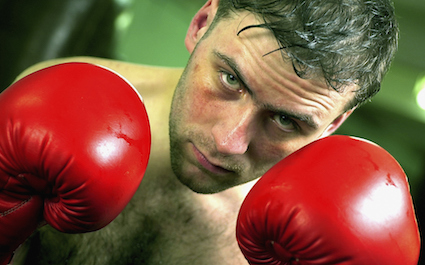 A MAN who has taken up boxing so he can tell people he is a boxer admitted he is basically paying money to get punched in the face.

Marketing manager Tom Booker began sparring six months ago in the hope that he would become impressively tough, but instead is spending all his time with men much larger and tougher and not afraid to prove it.

He said: “I actually took up the sweet science for its meditative qualities. There’s a peace you feel in the ring you can’t find anywhere else. Apparently.

“Am I hard now? I wouldn’t like to say. Probably. People stare at me a lot more in meetings now and I don’t believe it’s just because my nose has moved.

“There are no downsides, apart from perhaps handing over good money to be punched in the face and body repeatedly, with malice.”

Booker added: “I’ve talked myself into a nightmare from which I can’t escape. What would you think of me if I got into ping pong?”