A MAGAZINE in a doctor’s waiting room has taken its reader back to happier times before Brexit, vape juice and compulsory recycling.

The magazine, believed to date from the years when Katie and Peter were still very much in love, contained no references to Theresa May, Netflix or Twitter backlashes.

Patient Norman Steele said: “At first I was annoyed that all the magazines were pre-Obama and looked like they’d been salvaged from a container ship accident, but I started reading one and my blood pressure sorted itself right out.

“It was full of harmless nonsense like footballers cheating on their wives, Patsy Palmer returning to EastEnders and Keith Chegwin showing a photographer around his house. It was absolute bliss.

“I hadn’t realised quite how badly we’d let everything go to shit until I was cast back just a few years to what now seems like an enchanted utopia.”

He added: “I managed to grab a March 2007 OK! and a Radio Times with Life On Mars on the cover. For when the shit really hits the fan.”

Token vegan item on pub menu made with actual cardboard 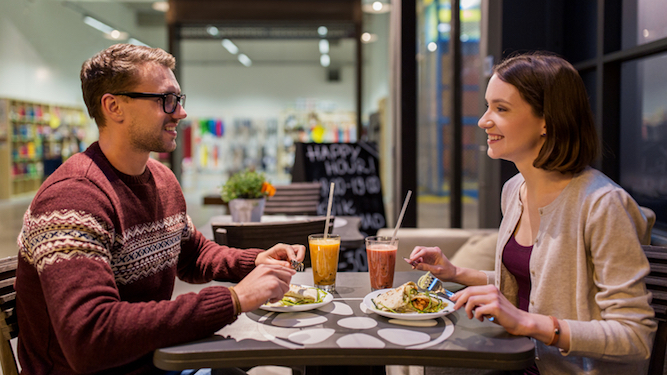 A GASTROPUB has given up on making its vegan food taste good and is using cardboard instead, with no effect on sales.

The Hedgehog And Hatpin in Shoreditch has introduced ‘vegan pulled pork’, served with Mornay potatoes and lemongrass dip, which is actually whatever discarded Amazon packaging they have lying around.

Landlord Martin Bishop said: “We just couldn’t get vegan food to taste nice, so we started using cardboard as a meat substitute. The weird thing is it’s really popular.

“We’ve had people queuing round the block just for this item alone. People who want to save the planet by masticating on stiff paper.

“We’d like to assure them that the cardboard we serve contains no animal products whatsoever, and has not been treated with pesticides. It’s been rinsed under a tap, as nature intended.

“I think vegans have such low expectations of what food will taste like they don’t really notice it’s compressed wood fibre. It’s certainly got more flavour than tofu.”

Vegan Nikki Hollis said: “Mmm, this is really good. Much better than the chickpea and soya bake I had the other day. They must go to loads of trouble sourcing the ingredients.”