A MAN has initiated yet another ill-fated experiment with his facial hair while his girlfriend is away.

Steve Malley, aged 30, has already attempted sideburns, a full beard and a goatee described by friends as ‘hauntingly inadequate’ and is now trying out a moustache.

He said: “When the cat’s away, the mouse will grow a full Tom Selleck.

“I’ve been toying with the idea ever since I saw Bohemian Rhapsody but didn’t want anyone to think this was just a Movember thing. I really think this is the one I can carry off.

“Nikki’s away for ten days, so it might still be a little bit patchy when she comes home, but it’ll be very different from the pencil one she said made me look like a 12-year-old pimp.

“This time it’ll be full, bushy, luxuriant and she’ll love it. I’ve got a great line about free moustache rides that’ll blow her away.” 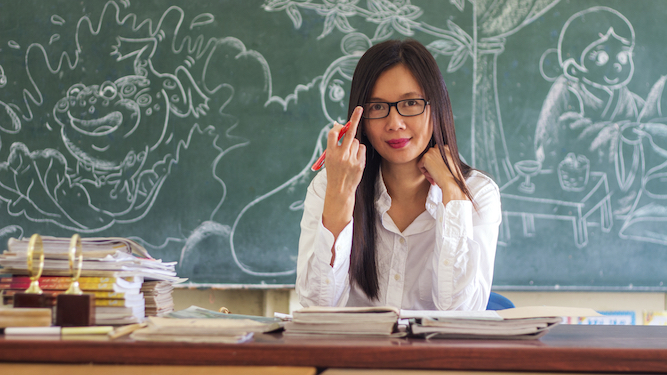 A TEACHER at a comprehensive is starting to doubt whether she even wants to put her dickhead pupils on a path to a brighter future.

Emma Bradford expected to inspire a lifelong love of learning in her students with inventive, unconventional lessons, but instead has found herself repeatedly telling cretins to shut up.

She said: “What I maybe forgot to factor in is that teenagers are really rather hateful.

“I sat backwards on my chair, ready to deliver an electrifying lesson where I rap the whole of Gangsta’s Paradise, and the only ones that weren’t on phones started sniggering about ‘camel-toe’.

“Frankly McDonald’s is too good for most of these thick shits. If they fail their GCSEs I’m doing society a favour.

“I don’t do inspirational now. They do the work out of the books and they keep it shut.”