A YOUNG man currently living a happy life is blissfully unaware that his next life will be as a member of the subspecies Capra aegagrus hircus.

Tom Logan of Bristol has not even thought once about the implications of reincarnation, with sources suggesting he probably does not even believe in it.

But experts have confirmed that, based on the way he has been living his life so far, they are absolutely certain that after his death Logan will be reincarnated into a goat.

A close friend said: “He always goes on about how he’ll vanish into nothingness after he dies. It’s like he has no clue that he’s facing a life of being milked for cheese in the mountains.”

Sources believe that, had he lived a more ethical life as a human, Logan could have guaranteed himself a very desirable spot as a penguin at Edinburgh Zoo.

I've sent the letter but I haven't signed it, says petty little twat 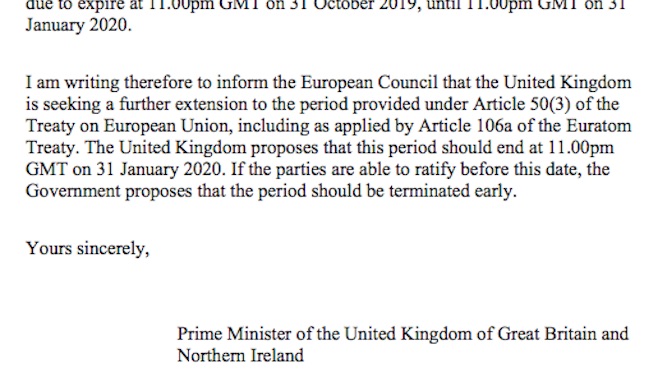 THE spiteful little w*nker running the country has sent a letter to the EU asking for a Brexit extension but has sulkily refused to sign it.

Boris Johnson, who at first folded his arms and turned away from the letter when it was brought to him by an aide, believes that by not signing it he has scored some kind of pathetic point.

A Downing Street source said: “Boris said ‘I’m not putting my pen on that. It’d make my pen dirty and I’d have to throw my pen away.’

“Then he said ‘I’m writing another letter, and it’s going to be better than that one. And everyone will pay attention to my proper letter and they’ll know that really I’ve won.’

“‘Don’t print that letter on the fancy paper. Just send a photocopy. And don’t fold it properly when you put it in the envelope. Make it all crooked.’

“He acted like it was a powerful act of statesmanship, but his lip was trembling and everyone was very careful around him because it was clear he was about to cry.”

European Council president Donald Tusk said: “We have received the letter requesting an extension. There was another piece of paper in with it that fell to the floor. It is still there.”