Man only became a father so he could play with Lego

A FATHER-OF-TWO has admitted he only had children so he could play with Lego as an adult.

Jordan Gardner, aged 39, viewed his son and daughter as a small price to pay for an unlimited Lego budget and plenty of enforced playing time he cannot be adversely judged for.

He said: “I love my children, which is a bonus, but they were very much a means to an end for me.

“Lego was brilliant when I was a kid and it’s gone from strength to strength since. I was eyeing sets lustfully but my girlfriend was repelled by the idea. So I thought the easiest workaround was to get her pregnant.

“Sometimes little Iain does get annoyed that we only play with Lego, and that I don’t let him mix Marvel and Star Wars characters, and when he gets it for his birthday and I build it all when he’s asleep because I’m too excited.

“But if I have to get up in the middle of the night to wipe actual excrement off an arse for three years, I believe I should be allowed to choose their toys. They’re bringing out the 1989 movie Batwing. I’ve pre-ordered.”

Lego collector Nathan Muir said: “Have children, just for Lego? Well I suppose if you think sex and companionship are worthwhile pursuits.”

Five politicians you're completely opposed to but secretly fancy 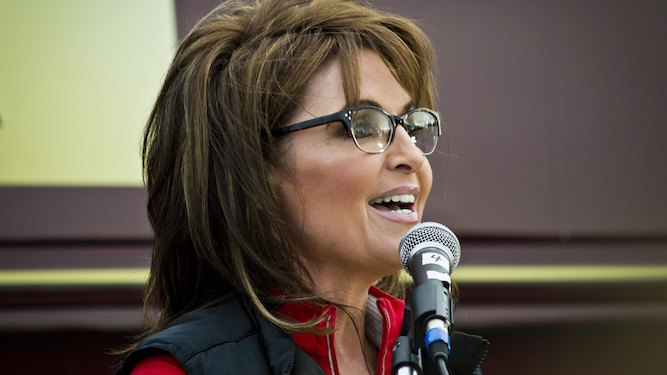 POLITICS has become so polarised that it’s impossible to admit that you wouldn’t mind giving Dominic Raab one. Form a cross-party coalition with these five:

Gammons hate him but their wives would love just one night with this sophisticated, erudite negotiator. He’d take you to a swish Luxembourg restaurant and listen patiently all night, because even your boring life is more exciting than trade deals, then maintain a hard position while yielding in key areas.

For the liberal who abhors firearms, there’s no fruit more forbidden than gun-toting gilf Sarah Palin. You long to be snowbound on a ranch in the Rockies with the former Republican vice presidential candidate, who’s clad in nothing but cowboy hat, leather chaps and crossed ammunition belts.

A no-nonsense Scot with a mad-on for posh Tories is a powerful fantasy for those same posh Tories. She’d catch you illegally trespassing on a grouse moor, spank you in a bothy and make you plunge naked into a loch. Delicious.

You’ve embraced every craze going, from ukulele to circus classes, burlesque to cupcakes. Then came socialist unicorns. And now you don’t give a bugger about the many, you just want Comrade Jezza to come in from toiling on his allotment and pin you against the Aga.

The ultimate fantasy for four generations and counting of right-wingers, something about the Iron Lady stiffens even the most coal-mining steel-working pigeon-breeding Northerner’s resolve. You’d love to travel back to 1975 and get a blowie from her round the back of the working men’s club.