A MAN has quietly said ‘Thank f**k’ to himself after an expert was called in to fix a problem which was slightly too difficult for him to attempt.

Nathan Muir expressed himself to be ‘pretty handy’ when he moved in with partner Lucy Parry, and regretted it when she then forced him to do a lot of tricky and boring DIY jobs.

Muir said: “I wanted to impress Lucy with my masculine knowledge and practicality but wished I hadn’t bothered when that translated into scraping decaying muck out of the U-bend rather than having hot sex in the kitchen with my work boots on.

“I’ve wasted days of my life awkwardly watching YouTube videos on my phone with my head jammed under the kitchen sink when we could have just paid a professional to do it while I watched telly and ate crisps.

“Luckily, this time even Lucy felt that fixing the leak in the water heater was beyond me, so we called in a wonderful man called Gary who did the job in 20 minutes without having to lock himself in the bathroom for an angry, frustrated weep.

“I think we both fancied him a bit, if I’m honest.”

Are you dense enough to believe Johnson will definitely resign this time? 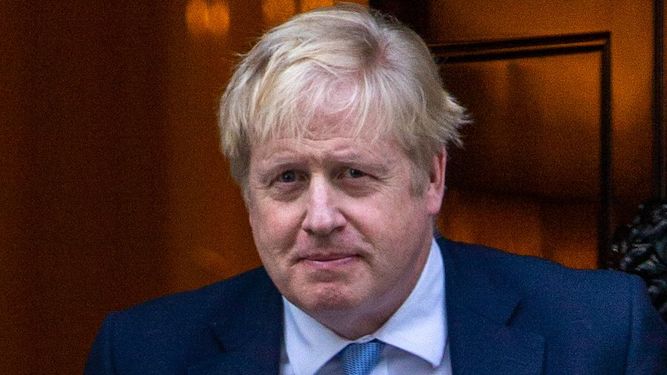 BORIS Johnson has been giving a fixed penalty notice which should lead to his resignation, but are you dense enough to think it will actually happen? Take our quiz:

Do you exclusively read the Guardian?

A) Yes, and it’s always full of lengthy, agonised think pieces speculating on whether Johnson can survive his 356th scandal in a row, without ever coming to the obvious conclusion of ‘Yes’.
B) No, I read the Daily Express which says Boris is an amazing political god akin to Churchill and he’ll be Prime Minister forever.

Do you think Boris Johnson has any morals?

A) Surely, somewhere inside him he must realise what he’s doing to parliament and the country by constantly lying? Surely?
B) No, I never did. But that didn’t stop me from voting for him.

Do you think anyone else in the Conservative party has any morals?

A) They can’t all be corrupt, craven bastards, can they? Someone will step up and insist he goes, I know they will.
B) No, I never did. But it’s never stopped me from voting for them.

Have you noticed him getting caught for anything else?

A) Well, he illegally prorogued parliament, accepted an unlawful donation for some new wallpaper and lied to parliament repeatedly, so no. But I’m always hopeful.
B) No, and bloody good for him. He’s a Prime Minister who gets things done, even if he has to break a few little laws occasionally.

Do you believe in Father Christmas?

A) Yes, of course. Why are you asking that? Has there been a suggestion he isn’t real, or something?
B) No, but I guess a fat, jolly man taking all your nice things away and spreading misery makes Boris the anti-Father Christmas and I really believe in him.

Mostly A’s: You’re a credulous idiot who is in for a big disappointment. But it won’t stop you thinking he’ll definitely resign the next time he does something awful or illegal.

Mostly B’s: You’ve been well aware of Boris’ failings for years and know that even the most colossal f**k up wouldn’t lead him to fall on his sword. And what’s more, you don’t care.