A MAN is desperately trying to convince everyone the bread he made from scratch is far nicer than a farmhouse loaf from a shop.

Tom Logan, who spent five hours and used every utensil in the kitchen making the ‘artisan bloomer’ insists it was well worth it.

“There is something really special about watching your loved ones enjoy something you have created with your own two hands, even thought they did seem to be muttering something.”

Tom’s wife Emma said: “This is the most wonderful, amazing bread I have ever tasted. I think Tom should quit his IT job and make bread instead. 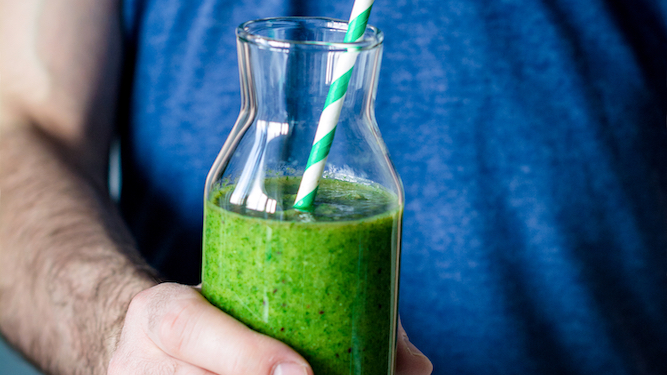 A HUNGOVER man is unreasonably expecting a fruit smoothie to do all the work of restoring him after an eight-hour booze bender.

Tom Booker, aged 28, consumed double the recommended weekly units of alcohol in a single night but is hoping that a 750ml serving of fruit and sugar will undo the damage completely.

He said: “The only thing I remember about last night is being sick in a hedge at 2am. But I’m sure this smoothie will bring it all flooding back.

“I’m also confident it will get rid of the shakes, calm my turbulent stomach, return my face from grey to pink and fix my brain. I can’t be more specific than that because of my brain.

“It’s bright green, which means it’s natural, and it’s fruit which is paleo if that’s still a thing, and it’s going to cure me completely. Hopefully in the next ten minutes, because I’ve got work.”

Following the consumption of the smoothie, Booker proclaimed himself to be ‘100 per cent better’ and left the house only to throw it all up in the same hedge as the night before.