Man urgently needs to buy himself something

A MAN who has had a tough week is urgently searching for something he can buy himself to cheer himself up.

Tom Booker, aged 32, is currently browsing the internet looking for just the right item to lift his spirits with the warm thrill of consumerism, though if unsuccessful has not ruled out visiting physical shops.

He said: “It’s been a bastard of a week. I don’t remember one like this since I got the expresso machine.

“I work hard, I deserve a treat now and again, but I’m struggling with exactly what. I found this fantastic pair of jeans then I remembered I still haven’t worn the last ones I bought.

“I’ve got stacks of Blu-Rays I’ve not watched, the number of unplayed videogames is approaching triple figures, and I’m drowing in single malts.

“I need a whole new category of thing I can buy to give myself that gratification buzz. Maybe I could get into watches?”

Booker’s desperate yearning for solace will end in two days’ time, when he wins an eBay auction for yet another pair of trainers. 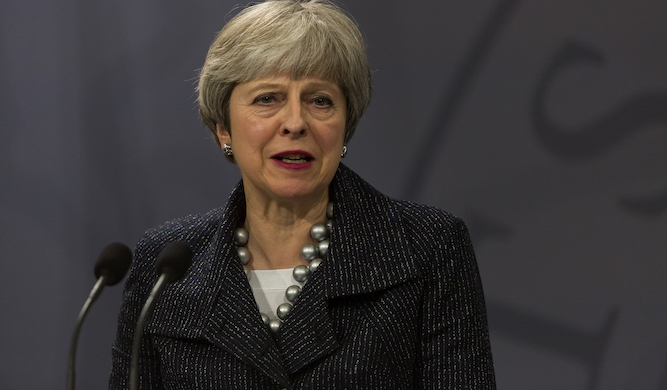 Yesterday, I handed in my notice as Conservative leader. Some of you have wondered what this means. Simply, nobody is in charge and you can do whatever you fucking want.

All laws are suspended until further notice. The police have been disbanded. Sterling is no longer legal tender. It is all up to you.

My speechwriters advise me here I should mention something called The Purge, a series of films with a bodycount apparently almost that of Midsomer Murders. I have been very clear in doing so.

Some will say I am still acting prime minister. To which I reply I have no authority, no party, no mandate to govern. I will do nothing because I cannot.

This country which I love, already given free reign to its worst instincts ie the Brexit Party, now has licence to do what you threaten to each other online on the streets. Nobody will stop you.

I expect the Conservative party, and its supporters, to succeed and united in the coming months of utter chaos. Our next leader will be forged in the blood of the truly free market.

Laws will once again be enforced from July 11th, when a new prime minister is appointed. But survivors should look at this time as an opportunity. It will be much, much worse than this after no-deal Brexit.