A MAN wearing a vest is trying not to feel self-conscious about his upper-arm nudity.

Ryan Whittaker, aged 29, decided he could rock a sleeveless look in the ongoing heatwave but immediately found himself overcome with insecurity at the amount of flesh he had on display.

He said: “I’ve only made it as far as the Co-op but I feel like every pair of eyes is on me.

“Walking past the freezers feels so weird. When I catch my reflection I seem practically naked. It may be 34 degrees, but I’d do anything for a jacket right now.”

“And though I’ve stuck to a rigid lockdown exercise regime of two to three pull-ups per week, now I’m out in public that’s not sure that’s given me the ripped shoulders I’d thought.

“I’m less one of those Miami Beach muscle dudes than my dad at Camber Sands in the 70s. Or my Auntie Jean on a work night out.

“God, I’d kill for a T-shirt right now to cover my shame, but I can’t turn back now. I’m going to have to either brazen this out, or get a massive shoulder tattoo.” 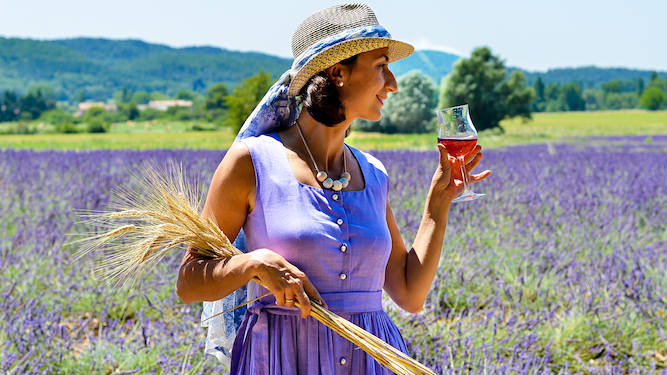 YOU thought you were fancy. You thought you could manage a little jaunt to France. Now you’ll spend the rest of your life there. Here’s how to face up to it:

Struggling to learn French? Just remember that a little effort goes a long way. Ten minutes of Duolingo a day every day, and you’ll be able to have a generic two-minute conversation with a contemptuous waiter in a bistro within five to ten years.

A lot of people hate the French, and to be honest that’s your best hope. Make an effort to find fellow stranded Brits so you can form a comfortable circle of friends also too lazy to assimilate and spend every night bonding over your loathing.

Try to be grateful for the majestic Alps, the beautiful chateaus and the Mediterranean beaches, ignoring the 90 per cent of the country which is stupefyingly flat and dull with one farmer every six miles. Try to forget you’d rather get pissed in Basingstoke instead.

Enjoy the boeuf bourguignon and the patê while hoping that one day this f**king country will open a bloody Pizza Express. Try not to wince every time you’re hit by the stench of one of their cheese-stinking supermarkets.

The French genuinely drink wine as an accompaniment to meals. They don’t believe drinking is just to get pissed. Get out of this Gallic hellhole however you can.