Mensa and four other organisations only pricks join

JOINING organisations can be a fun, sociable thing to do. Unless you choose one of these, which instantly mark you out as a bellend:

This is essentially a global club determined to enrol the kind of people who no one wants to be stuck talking to at a house party. Yes, you might be good at maths and have an IQ above the 98th percentile, but it hasn’t rendered you intelligent enough to not be an absolute twat who bores on about it.

Basically an easy way to justify spying or perving on your neighbours. Is the young woman across the street freaked out because you’ve been looking at her bedroom windows through binoculars? Tell her you’re simply making sure the street is secure. Don’t trust the postman because he has a foreign accent? Ring the police and have him sacked. You can’t be too careful.

There is nothing sadder than a group of male middle-managers gathering two evenings a month in a creepy lodge to wear leather aprons, practice secret handshakes and generally pretend they’re in a Dan Brown novel. However, people don’t tell you that as, for such a silly organisation, you still have a disturbing amount of influence.

If you’d like to spend time in the company of people who enjoy talking about how much better the country used to be using the language of a barely disguised racist dog-whistle, then you should ring your nan. She’d appreciate the call, and you don’t have to pay a membership fee.

Tenants cleaning flat like they're going to get their deposit back 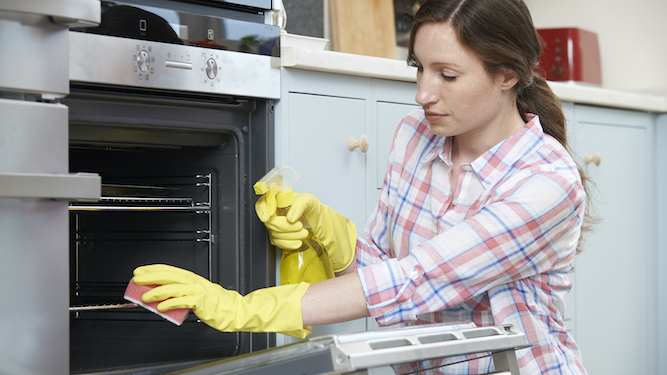 TENANTS are scrubbing a flat from top to bottom before they move out as if it will actually get them their deposit back.

Lauren Hewitt and her housemates have cleaned the oven three times, hired an industrial vacuum cleaner to do the already spotless carpets and scrubbed the bathroom until their fingers bled.

Hewitt said: “We’ve filled in screw holes, washed windows and repainted walls. It could not be cleaner unless we took it apart brick by brick and polished each one with a toothbrush. We’ll definitely get the money back.”

Letting agent Jordan Gardner said: “Whether they leave a tiny Blu Tack mark on the wall or a big shit in the oven, it’ll cost them their deposit either way. We always keep the money. It’s just how it is.

“The only way to get a deposit back would be to rent a property and never live in it, but still send a cleaner in every week to give it a once over. And even then we’d take two hundred quid because someone breathed in there.

“Yeah, we’re twats. But we’re the twats with the houses, so you’re all screwed.”