A MIDDLE class couple weirdly spent a fortnight in Spain without latching onto another identical couple.

Stephen and Helen Malley did not spend all their holiday with a similarly-aged British man and wife talking about potential mutual acquaintances in the UK and how the milk tastes different.

Accountant Stephen Malley said: “For us, the best part of going abroad is meeting people who could practically be clones of ourselves.

“This time we decided to do things differently and declined three separate invitations to have a gin and tonic. Sorry, Iain and Karen, we’d have loved to hear about your new double garage.

“Not meeting an identical couple was a mistake, to be honest. We spent hours with just each other visiting local places of interest when we could have been sitting in the hotel discussing our jobs.

Marketing manager Helen said: “We felt completely depressed when we got home as we usually send our new friends lots of hilarious emails about the waiters.

“Next year we’re going to find a British couple and stick to them like glue. If we’re lucky they might even be from the same town as us.” 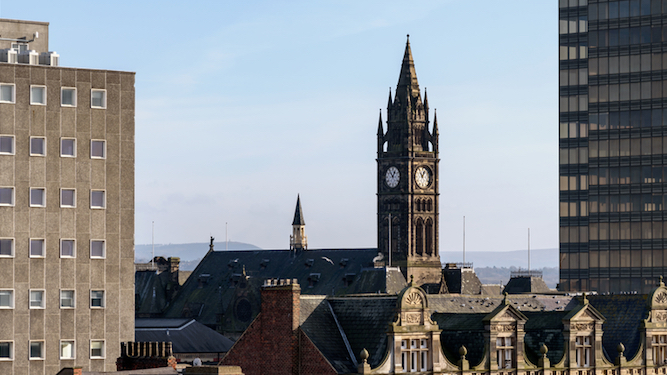 A NO-DEAL Brexit could cause Middlesbrough to experience poverty and a lack of investment that makes it feel even more like Middlesbrough.

Experts warned that the post-industrial Northern town could face the catastrophic long-term situation of being largely the same.

Economist Emma Bradford said: “I don’t wish to be too technical, but Middlesbrough suffers the macroeconomic problem that we economists refer to as ‘being a bit grim’.

“A no-deal Brexit could easily lead to the same number of crap shops, residents joining the army for a more enjoyable life and people in tracksuits scrounging 20p for fags or ‘the bus’.

“I suppose the town could change its name to something like ‘Cheltenham-up-North’, but I’m not sure that would fool anyone.”

However Norman Steele of the pro-Brexit European Research Group said: “These are typical Project Fear lies. Middlesbrough is a beautiful, prosperous place where everyone is happy all the time.

“It might take a bit of an economic hit from Brexit, but the way for local people to look at it is that they’re getting even more of their beloved Middlesbrough.”