Middle class students excited to 'do weed' for first time

A GROUP of middle class students are terribly excited to ‘do’ some weed, it has been confirmed.

Megan Cartwright, 19, said: “I’ve only seen it being done on edgy teen shows like Skins. Also, I have friend who has been to Bristol.

“It’s all just unbearably exciting. We’ve been in talks on how to best take the weed. Jennifer suggested ‘space brownies’ but I decided it’s probably better to suck it straight out of the spliffer.

“I just hope I don’t have a ‘whitey’ or go completely insane and have to spend the rest of my life in an institution.”

Megan’s flatmate, Jennifer Harrison, said: “Megan’s been off the rails this term. She’s been talking about setting up a ‘Breaking Bad’ in our halls. I don’t think she understands that that’s not what it’s called.”

Harrison added: “I’ve sent one of the tougher members of the group to go and do the ‘pick-it-up’.

“If they don’t make it back it will be very sad, but also really good material for one of my short stories.” 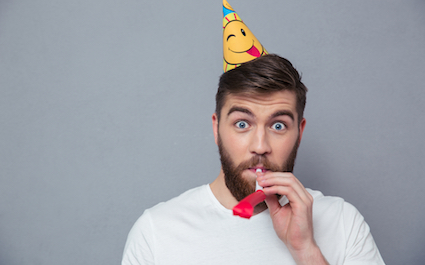 A TWAT has announced that a single day is not enough for his birthday.

Tom Booker made the decision after a friend was unable to attend his big 37th birthday party, even though 37 is an objectively inappropriate age to throw a birthday party.

He said: “When Steve couldn’t come on the Saturday I pointed out that it was my birthday all week, so there were plenty of other chances to bathe in its magic.

“The actual day’s Wednesday so that’ll be a big night, but I’m also going to the cinema, tapas, bowling, Laser Quest, all the big stuff. It’s all about the birthday boy.”

Co-worker Emma Bradford said: “Tom kept going on and on about ‘only being 37 once’ and on the morning itself we realised he was properly serious, so I had to run to the Tesco garage to buy him a cake.

“The day after he brought in iced buns and party poppers. Today’s it’s jelly shots and we’re all going out after work to TGI Friday, where he’s going to get the whole place to sing.

“He’s started calling it TomFest. I’m going to try and get him sacked.”