A MAN with a massive house, a big car and a f**kton of cash has told everyone that money is not the source of all happiness.

Norman Steele, who was born rich and now earns eight figures a year as a management consultant, has advised everyone poorer than him that financial security is not the answer to all their problems.

Speaking from his central London penthouse, he explained: “People who’ve never been in my position don’t understand. While it’s nice to be comfortable, it’s certainly not the be-all-end-all.

“I could never work another day in my life if I wanted to. But what would I do then? How would I fill my days, just lying in the pool at my Miami house? Hardly rewarding.

“And all the flashy cars and expensive holidays bring their own kind of stress. What if my Maserati Spyder gets stolen? What if my annual yoga retreat in the Maldives isn’t as relaxing as I hoped?

“Sometimes I see poor people on the street or getting public transport and think how lucky they are. Their simple, hand-to-mouth existence – their ability to find joy in chain restaurants – is truly inspiring.”

He added: “If they could only have my immense wealth for a day, they’d understand that money isn’t everything. But they can’t.”

Leave her alone, stop bothering her and other fail-safe flirting techniques for men 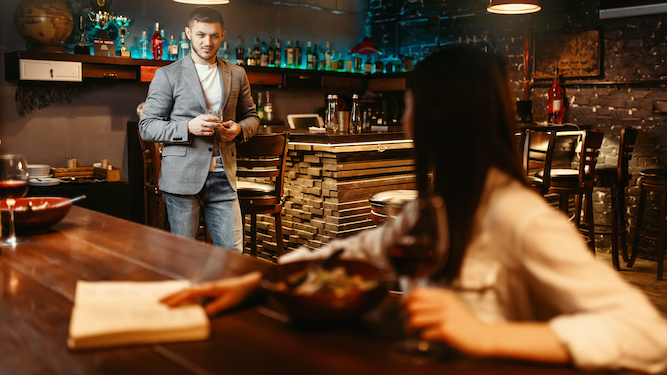 ARE you a dude looking for love? You’re doing it all wrong. Flirtation expert Eleanor Shaw outlines six fool-proof methods of attracting the female sex:

Though you might have heard somewhere that women respond to persistence, they actually love a man who has the confidence to give her space – and a lot of it. Try not contacting her for six weeks and you’ll see incredible results.

Studies show that women are the more social sex, but did you know that no matter how much they like you, they don’t want to talk to you 24 hours a day? Don’t get in their faces with texts or WhatsApps and watch the honeys lap it up.

As a woman, I can confidently say that men who openly admit to fancying us are, by-and-large, pathetic. I mean, who just comes out and says that? Give yourself a much better chance by firmly saying you don’t want to be anything but friends and then sticking to it no matter what.

Us girls are more subtle than blokes, and a man being single is a bit too obvious and makes him seem an unattractive, lonely creep. Prove that you’re worth her time by going out with another woman and never, ever even hinting at any interest in cheating.

Move to another country

British men are ten a penny, particularly in the UK. An international man of mystery is far sexier, especially if the move is to somewhere remote and difficult to reach like St Helena. Play the long game. It’s worth it.

A woman will never truly feel relaxed around you unless she’s certain that you’re not trying to sleep with her. An easy way to allay her fears? Tell her you’re a raging homosexual and she’ll be thrilled. Don’t be afraid to put your money where your mouth is, either. Women love that.