Music sounds better on vinyl, and other lies perpetuated by men with beards

JUST as it was in ancient Greece, myth-making has become the province of men with enormous facial hair, but this time the myths are shit. Here’s a few of them:

Digital music is an abomination, according to the hirsute, and only the pops and crackles of vinyl are real. Nothing to do with having massive freestanding wooden speakers or having invested £185 and a week on eBay bidding for their precious triple-gatefold album.

It has to be IPA

If you hear a bloke banging on about the tangy richness of an IPA, rhapsodising about the hops and the fruity aftertaste and the credentials of the microbrewery, you’ll turn around and discover he has a beard. It’s scientific fact. And very likely a manbun.

High-octane petrol gets you better mileage

Never offer to fill up the tank for a bearded man, even if you’re married to him and you’re driving back from a fortnight in the Cairngorms. He’s convinced that premium petrol only available at select pumps is the one thing preventing his car from exploding mid-motorway.

Why would anything that was more convenient also be better? Of course men with beards love waiting to get their reels of film back from the camera shop, because it gives them more time to grow out their luxuriant goatees.

It matters how you make coffee

Men with lovingly cultivated face-furniture love to tell you where the beans are from, how to select the perfect blend and the life-changing importance of putting them through a stupidly complicated gleaming Italian machine otherwise it won’t taste right. Never trust them.

That they’re not dickheads

Any man can grow a beard, apart from ridiculous blonde men. But only the bearded believe themselves to be so sensitive, so singular, so set apart from other men that you should feel guilty for believing they were chatting up your best mate, even though they totally were.

How you've totally ruined the brilliant war I started, by Tony Blair 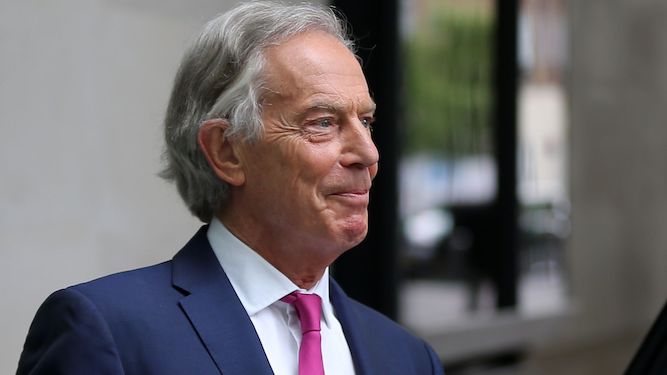 BACK in 2001, I started a lovely little war, all about feminism and religious freedom and democracy. But Joe Biden’s ruined it and he should be ashamed of himself and I shouldn’t.

My war was so great. It was part of the ‘War on Terror’, remember that? It was this fantastic slogan which made me sound tough and essentially allowed us to invade the same countries we always invaded for their own good.

To be honest, I didn’t think beyond my reputation as a heroic, kick-ass Prime Minister back in 2001, so there was no plan for what would happen two decades later. It was a new millennium, none of that seemed to matter.

Democracy had been restored, women had regained their rights and Bin Laden was dead. I know Obama was the cool and sexy leader by then, but only because I’d led the way.

However, now all that brilliant stuff I did – we won’t mention the tens of thousands of people killed, it’s bad optics – has been undone by Joe Biden’s selfishness. And he’s meant to be the good guy.

So what if he didn’t want to send another generation to an unwinnable war? Now he’s damned the Afghan people to life under the Taliban without a single thought for my legacy.

I hope people remember I began it with the best of intentions, and that now it’s gone wrong it’s not my fault and I wash my hands of it entirely.

That’s the best thing about not being Prime Minister anymore. You can grow your hair long and chat shit with no consequences whatsoever.