A CAT that spends 18 hours a day asleep on an armchair is in no need of an additional eight lives, observers have confirmed.

Mr Whiskers, who is the size and shape of a cushion and rarely goes outside, is already operating at such a low level of activity he could live forever.

Owner Emma Bradford said: “Nine lives are an insurance policy for a life of daredevilry and suicidal risks. He falls asleep halfway through licking his arse.

“He never does anything. Occasionally he’ll will sleep-groom a section of fur or twist an ear to the honk of a migrating goose. And yet he has more back-up lives than Jet Set Willy.

“Giving this cat nine lives is a waste of evolution. The greatest threat to his survival is an asteroid strike. By the time he’s on his last one he could be 2,000 years old, with humanity barely surviving a sixth ice age. Not that he’d give a shit.

“I suppose he might burn through a couple of lives due to morbid obesity, but really they should go to a more deserving animal, one with a less risk-averse lifestyle. A hamster, maybe. They die loads.”

Mr Whiskers said: “I need those lives. I might suddenly decide to climb a tree and jump onto a speeding train. So piss off.”

Seven occasions when a George Cross is better than money, by an NHS worker 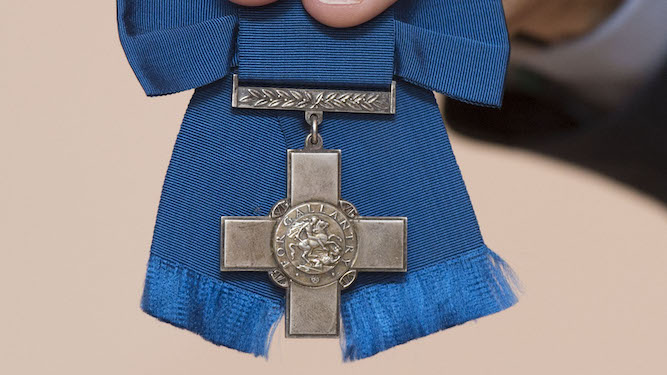 SURE, money is great, but midwife Eleanor Shaw and other NHS staff awarded the George Cross agree that it’s nothing compared to a notional medal. For example on these occasions:

When paying at the supermarket

Nurses’ wage not left enough to cover your grocery bill? Having to humiliatingly go through bags and put stuff back? Show the cashier the letter the Queen wrote you. Pride restored.

Struggling to pay rent now nursing bursaries have been cut? Inform your landlord that you have a medal for ‘acts of the greatest heroism’. His nod of recognition will be worth it.

When catching a train

Short of the fare? Explain that you have the ‘enduring thanks and heartfelt appreciation’ of the whole country and are therefore exempt. Be ready for a lengthy debate.

Entitled to universal credit because of your low pay, but facing a four-week wait for it? Mention to HMRC that, like Malta and the Royal Ulster Constabulary, you hold the George Cross. Watch them move.

Home Office threatening to deport you because your salary no longer meets their minimum income threshold? Drop in that you’re a national hero, rewarded by Her Majesty. Let them try that hostile enviroment bollocks then.

When selling your treasured possessions on eBay

Trying to scrap together enough cash for a second-hand fridge? Selling family heirlooms and other treasures off cheap? Add the George Cross to your listings. You don’t actually own a physical one but surely that doesn’t matter?

When parking at work

Sick of paying sky-high parking fees at your hospital? Especially when you get fined for overstaying your shift to save a life? Tuck a print-out of the Queen’s letter under your windscreen wipers. Because some things are worth so much more than money.