'Out for delivery' and other staggeringly useless pieces of information

SICK of being bombarded with information that pretends to be helpful but is utterly useless? Here are the most pointless examples.

We’ve all clicked on a parcel tracking link hoping for a map of where the driver is and how long until they arrive, only to see ‘out for delivery’, which they’ve already f**king emailed us with. Maybe add some equally useful information like ‘It’s coming in a van!’.

Frustratingly meaningless. It takes 20 seconds to reach 80 per cent, then another 10 minutes to get to 100 per cent. Or much, much longer if you’re keen to play an exciting new game or use your computer. Replace it with a spinning black circle and the words: ‘Nope, still not done’.

Being told ‘your call is very important to us’

No it isn’t. And you don’t even know what the call’s about. We could be the worst kind of time-wasting idiot who phones the council to complain about BBC sitcoms.

We’re not idiots, you know. Anything that says ‘up to’ is just covering your backs legally. And what about the 0.1 per cent of germs that survive? 0.1 per cent of a billion is still a million – that’s an awful lot of germs hanging around ready to kill you when your guard’s down.

The prices of flights with no-frills airlines bear as little relation to the truth as anything Boris Johnson says at PMQs. Once the extra costs are added, they might as well just put in random numbers.

Is that person who’s orgasmically happy with their new vacuum cleaner being paid to write the review, or is there just not much going on in their life? Either way it’s not much help to you. Then there are the negative reviews from dunces who can’t understand why a £159.99 laptop doesn’t work like a MacBook Pro.

No point being middle class without John Lewis, Britain agrees 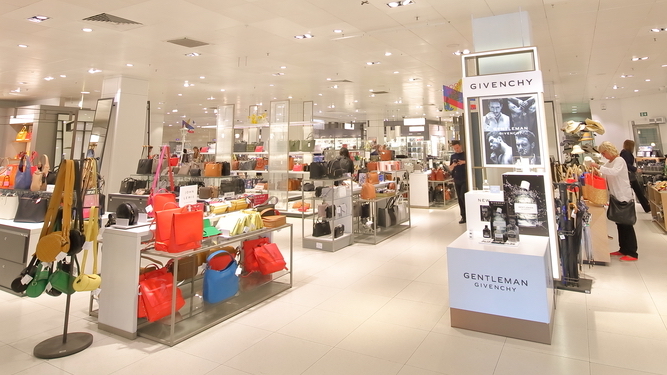 THE UK’s middle classes have agreed that without John Lewis there is no point and they may as well wear shell-suits and eat chips in the car outside the chippy.

The announcement that eight more John Lewis stores are to close has left aspirational and comfortably-off people with no reason not to lapse into the easy life of being scum.

Francesca Johnson said: “At the start of the pandemic I used to reassure the children ‘One day we’ll browse those wooden toys again’.

“What do I tell them now? After a year without art galleries, without English Heritage, without pasta-making lessons at their favourite restaurant, their status is already hanging by a thread. Without John Lewis, it’s over.

“Waitrose? Waitrose is just another supermarket that costs more. John Lewis was a whole lifestyle, from furniture to clothes to Christmas. It made me feel good about buying a big telly.

“Without it, why should I bother? Why shouldn’t I watch Emmerdale licking my fingers after a bucket of chicken while the kids swill blue pop and play Fortnite in their bedrooms? Why keep buying artisanal gin? Ultimately, what is the f**king point of a kitchen island?

“No John Lewis, no more illusions. Pass those Superkings and that can of Strongbow. I’m going to enjoy this.”