A WOMAN who has been calling her upcoming maternity leave a ‘year off’ will soon be forced to face reality, friends have confirmed.

Hannah Tomlinson has made a list of everything she will do with all the free time she has once her baby is born, including retiling the bathroom, learning French and writing a novel.

Tomlinson said: “People make such a fuss about how hard it is but it’s all about attitude. Babies are tiny and sleep a lot so how much trouble can they be?

“I’ll pop it in a freshly laundered sling and spend my days going to art galleries and sitting in cute cafes writing insightful prose poems about the delights of motherhood.

“Maybe I’ll even hire a camper van and travel around Europe solo. I certainly won’t spend it watching back-to-back seasons of Friends whilst frantically googling ‘cracked nipples’. What a waste of time.”

Friend Sophie Rodriguez said: “We’ve started a sweepstake on how soon we visit Hannah to find her weeping, surrounded by filth and too knackered to even hold a pen.

Strictly, and five other activities Gareth Southgate is now exempt from 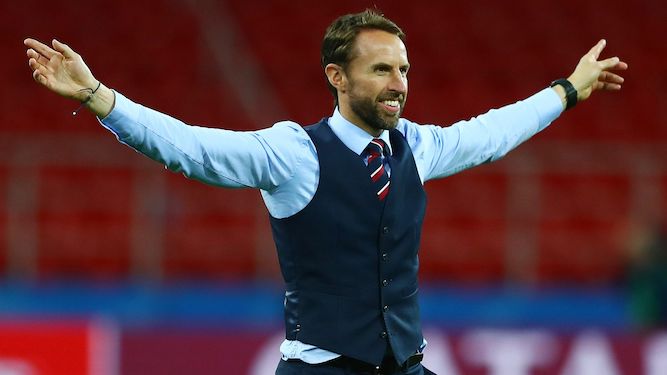 NOW he’s overtaken the Queen as the most adored person in the country, the England manager can leave these activities to lesser beings:

Gareth Southgate now has a deep emotional relationship with every member of the English public, which would affect the process of any trial, therefore rendering him exempt from service. Not that anyone will ever feel the need to commit a crime again now that kind, wise Gareth is our leader.

The England manager will never have to get his wallet out in a pub again as the public will insist on forcing multiple pints on him whenever he sets foot in any hostelry in the land. He’ll have no option but to purchase his own pub just to be able to have a nice, quiet drink with his missus.

Southgate is now viewed by the general public as a cross between Jesus and Beyoncé, meaning his fame is so secure that he’ll never need to subject himself to a profile-boosting stint on Strictly Come Dancing. Instead he will graciously agree to star on Celebrity Bake Off for charity, because he is the purest being to ever walk the earth.

Lovely Gareth proved he had a sense of humour by starring in a Pizza Hut advert with Stuart Pearce and Chris Waddle that took the piss out of England losing in ’96. He’s beyond that now, and instead chooses to be walking, talking billboard for the joys of a sensible waistcoat for free, because he is an angel.

Talking about that f**king penalty

Southgate is the first England manager to get his team into a major football final since Alf Ramsey in 1966. Even if they ultimately lose, surely the poor bloke has now done enough to be able to put that unfortunate missed penalty behind him forever.