IN A new decade set to be worse than any of its predecessors, we’ll inevitably soon be rosy-eyed for 9/11 and Las Ketchup. Get ready to genuinely miss these:

Hard to believe, but there was a time before hardcore pornography was freely available to everyone all the time. Back then, dads and sons alike would stay up past midnight to catch a glimpse of Rochelle Swanson’s side boob in Secret Games 3 and society was better for it.

iPhones only appeared towards the end of the decade, and were largely used by dicks. Instead salt-of-the-earth Noughties kids enjoyed wholesome activities like happy slapping an innocent bystander and filming it on a WAP-enabled Motorola Razr V3 they’d stolen.

Attack of the Clones was total bollocks but Natalie Portman wore revealing clothes for the dads. And Hayden Christensen whinging about sand getting everywhere at least challenged the audience, unlike The Rise of Skywalker. Rey Skywalker? Piss off.

After decades of buying albums for the one good track and making compilations on cassette that got eaten by your mate’s sister’s car, suddenly you could steal whatever music you wanted. What a buzz to find out Bloc Party were shit without it costing you £9.99.

As charlieissocoollike proved, even gawky teens playing ukulele songs about Doctor Who could find an audience thanks to the fledgling video website. Nowadays it makes you sit through two pre-roll ads to a song you own but can’t be bothered to find on Spotify.

Anything looks good compared to the 2010s

In reality, the Noughties were just as crap as any other decade. But even boot-cut jeans and Daniel Powter’s Bad Day age well after a decade of austerity, Brexit and Donald Trump. Remember protesting against the Iraq war? We were so naive and hopeful. 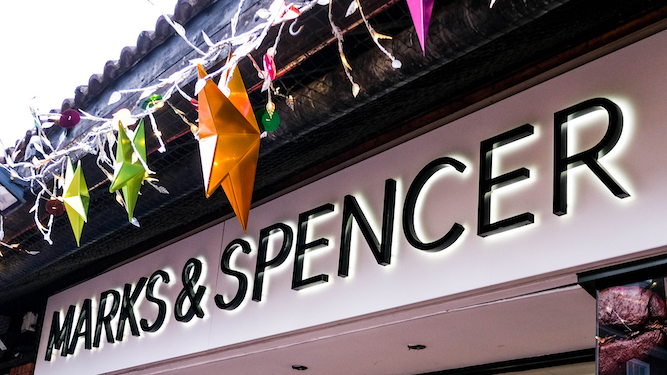 The raves, which will be fully supplied with soundsystems, DJs and MDMA dealers, are expected to attract thousands of people a night absolutely losing their minds next to the sourdough.

Sophie Rodriguez said: “It’s too cold outside. We can’t go in pubs. Nobody’s allowed in anyone’s home. But M&S is open all motherf**king night, baby.

“The party comes ready-catered, so you’ll never go hungry for nibbles, and there’s an extensive bar of pre-mixed cocktails way cheaper than any nightclub. Though still quite expensive obviously.

“It’ll be classic dance anthems in the bakery aisle, menswear will have more of a sophisticated gentlemen’s club vibe, lingerie is obviously the strip club and the Bureau de Change will be full of monged-out people on ketamine.

“It’s completely legal because we’re all ‘doing our Christmas shopping’. Who’s up for shots?”

72-year-old Margaret Gerving said: “A young man gave me a Percy Pig and I think they must have changed the recipe, because I’m off my tits.”