Running the hoover round before the cleaner arrives, and other pointless female obsessions

Running the hoover round before the cleaner arrives

For women, half the point of paying someone to clean the house is to show off how spotless it is in the first place. A quick zoom round with the vacuum just before they’re due shows how house-proud they are. For men it’s an utterly futile gesture akin to giving the car a thorough health check before taking it in for its MOT.

Changing the bedsheets every week

Women are obsessed with having crisp, clean sheets to snuggle into at bedtime. But why bother, ask men, when the only time you get into bed it’s pitch black and you plan to be comatose within five minutes, so you won’t even be able to tell. A six-monthly trip to the laundrette is surely more than sufficient?

Women spend endless hours and shitloads of cash amassing entirely separate, colour-coordinated clothes to match the changing seasons, and would no sooner wear autumnal browns in spring or summer than go out naked. For men it’s simple – shorts in the summer, jeans for winter, and if it’s too cold for just a t-shirt, stick a bloody hoodie or jumper on. Then spaff all the money you’ve saved down the pub.

Rinsing plates before putting them in the dishwasher

To men, this utterly senseless waste of time and water is unfathomable. The dishwasher is a brilliant invention designed to save you having to be arsed washing up, so why do its job for it?. Bugger it if excess food residue eventually blocks the filters – she knows how to remove and clean them anyway.

Getting out of the shower to take a piss

Getting caught short while showering happens to everyone, which is no surprise with all that splashing water around. For women, this means getting out, drying off and attending to nature’s call in a civilised manner before resuming their rigorous cleaning regime. Men? There’s a plughole there, an already running shower to act as a flush, so it’s ready, aim, fire.

I'd have fought the Taliban with my bare hands, says silly-haired backbench Tory MP 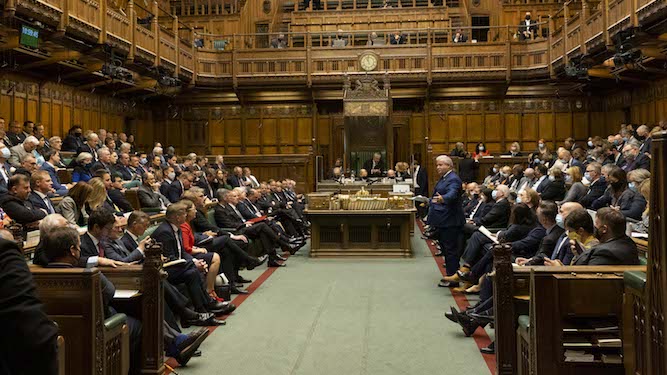 A BACKBENCH Tory MP has excoriated the Afghan people for not starting a fist fight with the Taliban as he would have done in their position.

Norman Steele, whose hair looks like he was in Kajagoogoo, used the emergency parliamentary debate to criticise a nation who seem to have learned nothing of British spunk.

Steele said: “My nanny always told me that if you stand up to bullies they will very quickly back down. I think the Afghan people should have done the same.

“The difference between the coward and a hero like me is that the coward takes flight. I would square up and say ‘Come on then, you curs! Put down those AK-47s, let’s see how you fare in an honest scrap.’

“I guarantee that once they saw the cut of my jib and the jut of my chin, they would have turned tail and fled, probably crying out ‘Aiieeeee!’

“I do not think such spineless people should be allowed to apply for asylum in the UK. After all, now that we’ve left the EU, what use would they be in any future war against France, or Belgium?”