SCHEDULING in some weekend fun is a great idea until you have to see the plan through. Here are the activities you’ll hate yourself for when doomsday arrives.

Seems great, until you realise you’ll have to spend Friday night cleaning your disgusting house and Saturday hemorrhaging money at the supermarket and battling to cook a three-course meal for people with six different dietary requirements. Sunday will be nothing but dishwasher after dishwasher load with a thumping hangover as your reward.

You never see your in-laws and with good reason: they’re bastards. But you feel obliged to make the effort at least once a year and May is a really long way off. Except it’s not. Before you know it you’ll be on the stopper train to Bolton wondering why you inflicted two days of passive aggression and disappointing biscuits on yourself.

A night out at the theatre

A musical or a pretentious serious play, a comedy or a dance extravaganza – they’re all a big chunk of your precious weekend. You’ll regret it even more when you find you’re more excited about the overpriced sweets you bought in the interval than the show itself. And don’t forget you’ve got a rushed 5pm dinner in an Italian chain restaurant to dread beforehand as well.

Seems like such a lovely idea until you realise you’ve got to set your alarm on a Saturday morning. And then everybody turns up a bit late and a bit stressed and there are no tables at any of the places where you actually wanted to go. You’ll soon be bloated, tired and not pissed as you’d hoped, and it won’t even be midday.

There’s nothing like scheduled fun as a family, right? Wrong. Nothing ruins a weekend as comprehensively as your children, so expect them to moan, sigh and go on about needing the toilet on a nature walk or trip to a museum. You’ll soon be wishing you’d just let them spend 48 hours on their iPads like a normal weekend.

You can leave a gap on the calendar to be at home and unwind and just do nothing. But come Saturday lunchtime you’ll be restless and bored and will start panic-texting friends, who are all busy seeing through their plans they wish they hadn’t made. You’ll end up being cornered into a boxset marathon that leaves you disorientated and empty inside. 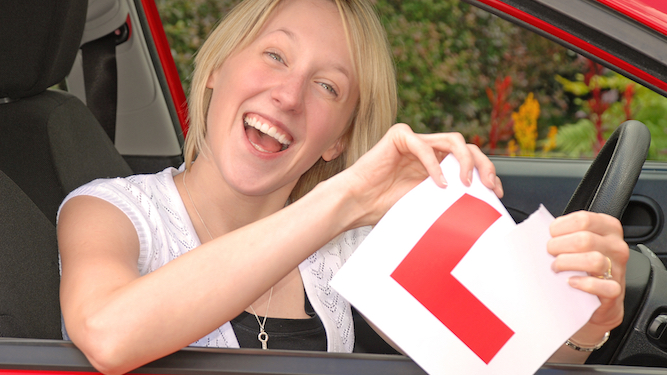 SOME achievements should be proudly cherished forever. Then there are these accomplishments which idiots need to shut up about.

This was moderately impressive when you were 17 because you could drive your friends to house parties, later discovering it was shit being sober. Once you’re older, repeatedly mentioning your first-time pass just looks desperate. Shrewd listeners will deduce that you’ve done f**k all of any note since.

Being cool at school

Being cool at school is largely about luck. Maybe you made the right joke at the right time, or perhaps you happened to be wearing the trendiest trainers on a particular day. Either way, kids are impressed by some pretty stupid shit. They were in awe of Dave Mackey because he stole a copy of Escort off his older brother.

All watches tell the same time, so stop thinking that spending thousands of pounds on a timepiece which does the same job as your phone screen is some sort of incredible achievement. Unless you wanted to achieve looking like a colossal bellend. In which case, well done.

If you scaled Mount Everest faster than your previous go then fair enough, that’s amazing. However trudging your way around a park slightly less slowly than usual will not take anyone’s breath away. And stop sharing your Strava routes, everyone ignored them the first few dozen times so take the hint.

Saving a tiny amount of money

Looking after your finances is wise, especially as the cost of living crisis kicks in. However eating leftovers for lunch does not make twats the genius-level economic masterminds they think. They’re having a horrible meal that saves them an amount of money that is basically useless, and makes your 85p bag of crisps look like cordon bleu cooking.