Some f**ker always up an hour earlier than you

NO matter how early you get up some bastard has always been up for a whole hour already, it has been confirmed.

Even if you get up at 6am to go for a run you will encounter a prick on their way back who will remark on what a shame it is that you missed out on a spectacular sunrise.

Tom Booker of Leicester said: “I arrived at my desk at 7.30am for a conference call with Japan, expecting to have the office to myself. But no.

“Steve was already there, taking a swig of protein shake, glancing at his Apple Watch saying ‘Afternoon, part-timer? Nice lie-in? Did you treat yourself to a second wank?’”

Wife Elsie Booker said: “Tom was up at 6.30am, congratulating himself. I’d already been up for an hour with the baby, filling the bird feeders and making myself breakfast.

“I mentioned it to the postman while signing for a parcel and he told me he was at the sorting office by 4am sharp, and it wasn’t a problem because he woke up at that time regardless. Twat.”

Tube driver Joe Turner confirmed: “Every morning the platforms fill up with early birds taking great satisfaction from being active and productive while everyone else is still asleep. But I’ve already been at work for an hour, so take that you smug bastards.”

Why I'm going to be bigger than the Queen ever was 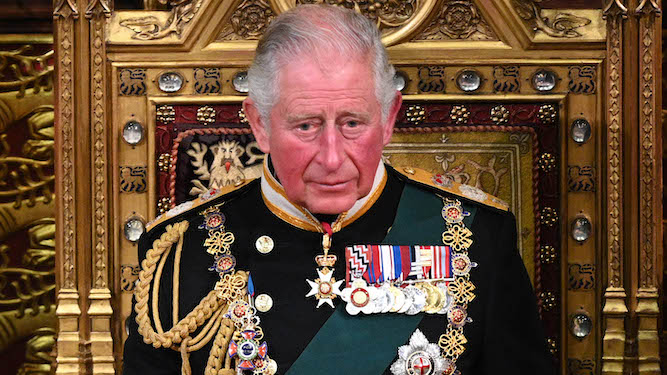 by His Royal Highness The Prince Charles, Prince of Wales

QUEEN’S speech? I don’t think so. Step aside, mother, my time has finally come. The King is ready to take his throne.

I shall address Parliament today with the wit and common touch that has so endeared me to my subjects. Crowds will gather outside, sobbing with joy that the barren decades of waiting are finally over.

Granted, I’m not actually the monarch just yet, but today is symbolic. Soon it will be me on the postage stamps, me greeting South American fascists and me on the commemorative plates you can’t put in the dishwasher or the picture comes off.

Mum’s popular, but she’s not all that. She barely has an opinion on contemporary architecture and when it comes to founding her own bizarre model village and making people live in it, she doesn’t want to know.

And I have plans. With my specialist knowledge I shall make England the dominant power in the wildly expensive biscuit industry. I see myself very much as a Henry V figure, but less focused on battles and more on all-butter shortbread.

There is one impediment to my ambitions and he’s tagging along today. William. Some Britons, I’m told, favour him jumping the queue. Why? Just because his wife looks good in a Joseph dress?

Fortunately we royals are experienced in questions of succession. He can live in the Tower for a few years while I have my go. Not in a cruel way, he’d have Netflix and wouldn’t get tortured unless you count his brother’s shows.

So prepare, loyal subjects, for the reign of Charles III. I am ready to be immortalised in history and free Mail on Sunday calendars.