The dad's guide to pretending you went to raves

MIDDLE-AGED dads can earn easy kudos from their teenage kids by claiming they were at the heart of the 90s dance scene. Here’s how:

Raves had stupid names, had drugs with stupid names, and nobody can remember anything. Your kids won’t realise the statement ‘Yeah, I was at one of the early Chuffin’ Seagull parties, took four Susans and danced for 200 hours straight’ is a lie.

If your kids ask ‘Were you into rave, dad?’, smile enigmatically and say, ‘Ah, the lasers,’ while looking dreamily into the middle distance. Give no further details. Their imaginations will fill in the gaps, turning you into a hardcore raver who made Jeremy Healy look like a great-aunt gingerly sipping herbal tea.

Hide that you only remember mainstream dance shite

Proper ravers reminisce about acts like One Dove and Lisa Lashes. If the only dance track you can name is 2 Unlimited’s No Limits, kids who can Google will have you in trouble. Look up obscure white labels before they do.

Find a photo of yourself in a Global Hypercolour T-shirt

Remember, today’s kids are just as dumb as you were in 1995. Colour-changing T-shirts were bollocks and nothing to do with rave, but it’s retro-future enough to fool them. Claim you were a ‘Crasher kid. They won’t know. They don’t know nothing.

Do a tiny bit of research

Avoid embarrassing gaffes such as referring to Paul Oakenshield, which makes you sound like a Tolkien-loving nerd.

Neglect to mention you never went to a rave

You once hung around Knutsford services for four hours, but all the events were either called off or never existed. Instead use a looser definition of ‘going to a rave’ which is ‘dancing like a twat to Candy Flip after six pints of cider at your university disco’. 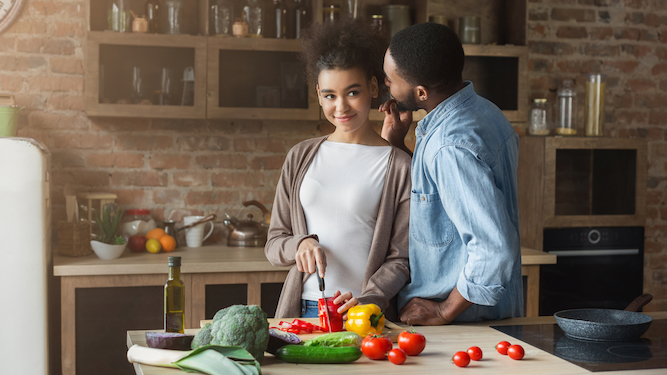 A MAN has begun the process of seducing his wife by telling her he fancies a shag tonight.

Tom Booker and wife Madeline have been married for six years and have two children, but have kept their sex life alive by flirtatiously directly requesting sex and reminding each other how long ago they last did it.

Tom said: “Intimacy is all about communication, which is why I tell Maddy every couple of months that if we don’t shag we’re just housemates who share childcare.

“You can’t just pitch up at bedtime and demand sex. You have to prime her for it by saying it in the morning, reminding her in the afternoon and then in the evening you can drink two bottles of wine knowing you’re both already committed.

“But lodging a request for sex with 12 hours notice isn’t the only way of maintaining red-hot chemistry. Whenever we go away without the kids I tell her in advance we’ll have to do it at least twice to justify the cost of the hotel.”

Madeleine said: “There are no surprises with Tom, which is great for sharing finances but terrible for passionate, spontaneous lovemaking.

“Still, I guess at least sometimes we have sex.”