The five worst house guests you've ever had, ranked

HAVING guests over seems like a nice idea but the reality is that people are largely rude, annoying bastards. Here are the worst.

The one whose house is better than yours

This person is the sort who has a brief look at the house you scrimped and saved to buy and says things like ‘You’re so lucky having a manageable home. Our place needs constant cleaning, what with the four bathrooms. And we had to build an outhouse for the ride-on mower’. Prick.

The one with lots of dietary requirements

Tom’s girlfriend Emma, who you have never met before, can’t eat nuts, dairy or gluten, which means you either have to make her a separate meal or serve boiled rice and a bland chickpea curry to all of your guests. After this event you’ll drop subtle hints to Tom that she’s not good enough for him as you can’t be arsed with the faff of catering for her again.

The person who looks out at the garden, winces sympathetically, and says ‘It’ll look lovely when you’ve spent some time on it’ despite the fact that you’ve lovingly tended it for the past five years. Also likely to utter ‘Don’t worry, I don’t notice mess either’, which will make you want to smack them as you’ve already tidied up.

The enthusiastically nosy one

This person has no compunction about opening kitchen cupboards or pulling books off shelves. And later, when they’ve had a few glasses of wine, you’ll find them rooting around in your bedroom drawers and exclaiming over your sex toy collection, before going back downstairs to tell your other guests what they discovered.

The person who does a poo

The unwritten rule is to hold it in until you get home. Yet this guest leaves an unmistakeable fragrance wafting through your house so that the rest of your dinner party is spent eating in an ambience not unlike that of an infrequently cleaned public toilet. And they don’t even seem ashamed, the animal.

Your local pubs, from worst to best 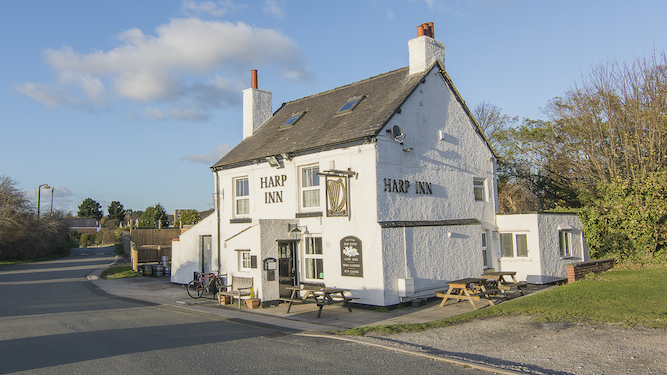 THERE are many pubs within walking distance of your home, but you only drink in one. Two at a push. Here’s why.

Maybe not actually a pub? Because you went in, once, past a bloke smoking a fag outside, and there was nobody in there and nobody behind the bar. No music or telly, lights blazing. The bloke came in and was the landlord and served you. You drank in silence and left.

Tucked down a side-street but surprisingly busy with patrons more pissed than you’d expect. Few chairs or tables. Very basic. Framed local newspaper stories on the walls. On closer inspection, recent stories about pub regulars being done for GBH at football matches. You leave your pints. A drunk’s heading over to finish them.

A locals’ pub. You know this because when you entered everyone stared at you like you’d walked into a stranger’s front room and asked for a drink. Conversation continues but only after a suspicious glance in your direction. You go in the beer garden for a fag and a man’s unconcernedly pissing on a lager keg.

Why is everyone in here so bearded? And it seems like they all know each other but in kind of a cult way? And the barman seems genuinely welcoming? Oh f**k. It’s a CAMRA pub. He’s guiding you through how hoppy the guest ales are. He’ll see you wincing when you take a sip. You’re effectively barred.

Typical soulless beer, meals and soft-play area chain pub, except less successful. Has all the facilities they have, but less maintained. The Sky Sports won’t turn down. Half the beers aren’t on. The kitchen stops serving at 8pm. When they say 30 pubs close every week, it’s ones like this.

Wetherspoons named after the inventor of the screw-cutting lathe. Exactly like all Wetherspoons everywhere. You’re in here quite often because it’s cheap.

Formerly The Coach House, now run by a local who brought in mismatched antique furniture, cocktails, gastropub fusion food and a DJ night because he went to London a few times and has a confused idea of sophistication. Your regular because f**k it, at least he’s trying.