The guns, and four other nicknames twats use for parts of their body

A CERTAIN type of arsehole can often be heard using these ludicrous nicknames for various parts of their anatomy:

This is what men who’ve decided to base their entire persona around lifting weights call their legs. Aside from sounding like a twat, referring to your legs as if they’re components of a steam train’s engine is rather grandiose as except for ‘leg day’ at the gym, they are largely used to walk to the shop to buy more protein powder.

This initially sounds kind of cute, until you think about it too hard and create a terrible mental image of two over-sized testicles stuffed into a bra. Whether female or male, anyone who thinks the word chesticles is funny also enjoys getting shitfaced on cocktails called Screaming Orgasm at All Bar One.

Congratulations, you spend your spare time lifting large pieces of metal so are now desperately trying to draw as much attention to your arms as possible. You may joke that you’re in possession of a pair of firearms, but the only thing those guns are capable of mowing down is the small amount of personality you still have.

Buns, booty, badunkadonk… there are many stupid slang names for the buttocks but moneymaker has to be one of the most nonsensical of all. Are people who use this genuinely suggesting that people hand over cash to look at their arse? Or are they just egotistical twats? Most likely it’s the latter.

A go-to for bragging arseholes who think that comparing their genitals to a large jungle snake makes them seem more appealing to women. If you’re saying that your penis can grow up to 17 feet in length and swallow an adult deer whole, you’re not going to find many people queueing up to blow you.

Utter dicks to waste three days of sunshine on DIY 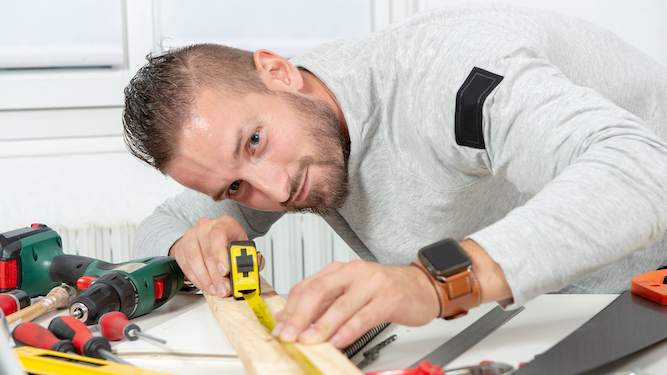 A LOAD of complete wankers are blowing a sunny bank holiday after lockdown on steaming off wallpaper or some shit.

Around the country, the worst bellends are queueing up in B&Q, repointing brickwork, painting skirting boards and putting shelves up when they could be getting wrecked in the garden.

Contemptible twat Nathan Muir said: “I’ve been really looking forward to pulling all these dado rails off. I can’t wait to get stuck in.

“I already retiled the bathroom over Easter. The neighbours had family round drinking and singing in the garden until 2am. I know because I was still up grouting.

“My mate Nigel’s replacing his whole kitchen because it’s been in three-and-a-half years, his wife’s moaning and it’s well overdue a refresh. Now there’s a guy who knows how to spend a bank holiday. I envy him.”

Donna Sheridan said: “To be fair, last August bank holiday I did paint a set of bookshelves mauve. I don’t remember doing it. They weren’t my bookshelves. I don’t even know where I got the paint from.

“I was obviously blackout drunk, but that’s the point of a bank holiday.”