The self-entitled twat's guide to flying off on holiday

DO you think it’s fine to be a dick so long as you get your precious week in Malaga? Here mum-of-two Donna Sheridan explains how to behave like a f**king animal at the airport and beyond.

If your kids aren’t on holiday yet, kick up a fuss about taking them out of school in term time, citing your ‘human rights’. You’ll quickly lose interest but it will cement your reputation as a pain-in-the-rectum parent who the teachers probably make voodoo dolls of.

Airports are full of bars, which means you have no option but to get positively fizzing with booze. If people who’ve been waiting for 10 hours won’t get into the party spirit, they’re just stuck-up shits, like every single teacher your son Jaydan has come into contact with.

The queue obviously does not apply to you

Airports are currently in chaos due to companies cutting staff during Covid. Don’t be annoyed with the bosses, drag your brood to the front of the queue and rant at a lowly employee, achieving precisely nothing. As you trek back to your original place in the queue, act like it’s a major victory, eg. ‘Well that bloody told them!’ although it clearly didn’t.

Rushing to finally catch your flight? If a bag is just full of cheap beachwear, sling it. The worst that can happen is you’ll have to buy some new t-shirts, and the subsequent bomb scare will only ruin other people’s holidays. Sod them. You had to get up at 5am.

A modern jet airliner is a veritable playground of drunken entertainment. Try one or all of these:

● Many airlines still require masks. Refuse to wear one, starting a blazing row and only backing down after causing a massive delay. As a moron and anti-masker you know it’s just snooty scientists making stuff up for government grants, or something.

● It’s practically mandatory to get into a fight at 35,000 feet these days. Whether male or female, get the fists flying for reasons you cannot remember.

● Try to open a door in flight. Later claim you were having a panic attack, when in reality you were blackout drunk from the bottle of vodka in your bag and just had no idea what you were doing.

Stick to the beach and hotel bar. If Malaga isn’t exactly like Rotherham, it’s a f**king disgrace. Complain like a five-year-old that the Spanish omelette ‘LITERALLY made me want to PUKE’.

This is your last chance to be anti-social, so make it count. Get even more pissed than on the way out so the cabin crew have to restrain you. Your fellow passengers will be subjected to a tedious emergency detour to Orly Airport, and you’ll waste lots of taxpayers’ money as the British embassy tries to stop the French charging you with terrorism. If only you’d just played Candy Crush Soda Saga.

Basically, you're f**ked: The changes to National Insurance explained 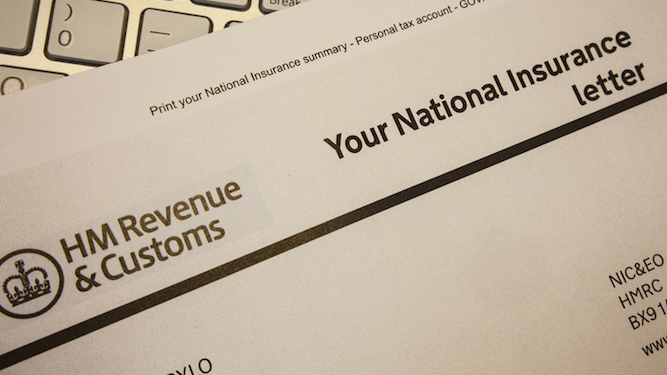 NOT sure what the changes to National Insurance are all about? Get your head around the basics with this guide.

People earning less than £34,000 can breathe a sigh of relief because they will be paying less National Insurance. This means they can frivolously splash their cash on food and housing while cranking their heating up to the max. Let’s just hope the price of those luxuries doesn’t go sky-high. That would be disastrous.

It’s coming at the shittest time

You’ve only just recovered from looking at your energy meter, and now you’re expected to deal with NI deductions eating into your pay packet. Plus there’s a war going on, Covid’s still knocking about, and the climate continues to be buggered. You can’t even cheer yourself up with a big plate of comfort food like bangers and mash, because all the pigs have been culled thanks to Brexit.

A pay rise will leave you out of pocket

Been working overtime and sucking up to the boss in a pathetic attempt to get a promotion? Bad move. A pay rise will push you into the upper National Insurance bracket, and before you know it you’ll be earning less overall than you used to. You’re better off highlighting how incompetent you are, but don’t overdo it by buggering up all the invoices and getting a spider’s web tattoo across all your face or you’ll be fired.

Money raised by National Insurance is supposed to go towards social care, but with Johnson’s extremely slack attitude to dodgy financial dealings that probably won’t happen. Instead the funds will be ploughed into Carrie’s next home decoration project, or popped into an empty jar labelled ‘partygate fines’. Also that new national flagship isn’t going to pay for itself.

News about National Insurance is filled with numbers and percentages, making it confusing as well as depressing. All you need to know is that you’re f**ked and things aren’t going to get better. Come October when energy prices shoot up again this won’t feel like a big deal, so chill out. These are the good times, so enjoy having your central heating on for half an hour a day.