If you’ve got books about Dennis Nilsen, Harold Shipman, Fred West, Ted Bundy and all the ‘classic’ serial killers, a woman will not be discussing them because she’s interested in your research into deviant psychology. She’s just buying time before she bolts for the door.

Confronted by a wall of Girls, Sex and the City, Jennifer Aniston romcoms, The OC and Mamma Mia films, a man will correctly deduce that you rewatch a lot of crap TV, and he will have to do the same. Hide them, and only once you’re a couple subject him to Dawson’s Creek five nights a week.

The Nazis are an oddly acceptable form of entertainment, be it books, films or documentaries. However if you’ve got a biography of Himmler and a dozen Sven Hassel novels with titles like SS Death Squad Massacre, perhaps pop those under the bed.

Any doll collection sends out bad messages. Antique dolls: just creepy. Kids’ dolls like Sindy: I have never grown up. ‘Collectable’ dolls: I am a mug who wastes money on overpriced tat. Baby dolls: let’s get married and have a baby next week. If you’re a male doll collector, there’s also: I might be Norman Bates.

Snakes and tarantulas are the obvious pets that need a holiday in the loft when a potential shag comes over, unless you’re Gavin Williamson or a Goth. Piranhas, ant farms and stick insects will also cramp your style. If you’ve got some sort of exotic wild cat, get rid of it anyway before it grows to four feet long and eats you.

Henri Matisse’s The Dance is so predictable that a framed print of Airwolf would be more artistically interesting. Get a ‘Where’s Wally?’ poster instead and you’ll soon be holding hands looking for the specky bastard.

What Boris Johnson can't do now he's got a CCJ: an unemployed debtor explains 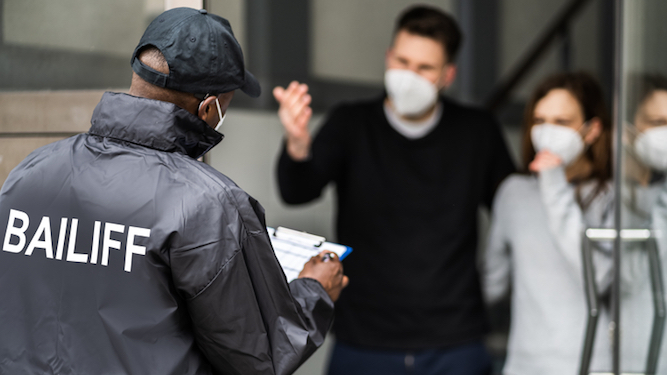 Buy a sofa on credit

A couple of weeks ago everyone was making a huge fuss about Boris and Carrie borrowing money to do up their flat, and now we know why. Poor bloke isn’t able to buy a sofa on credit from DFS and was too embarrassed to admit it. Honestly, he’s just like you and me.

Apply for a mortgage

A CCJ makes getting a mortgage difficult. People have been slagging off the Tories for changing the rules about voting so they can stay in power longer. Obviously it’s so Boris can remain at Number 10, as he won’t be able to buy a new gaff with this hanging over his head.

Have a job that requires security clearance

A CCJ means you can’t be given certain types of security clearance, which will be a pain for Boris as he’s meant to be the guy who knows the nuclear codes. He’ll have to pass them over to Dominic Raab, even though he’s got the look of someone who would obliterate France for a laugh.

Get a new mobile phone

Have you been wondering why Boris’ number was all over the internet and he didn’t bother to change it? It’s because his CCJ is stopping him from getting a new contract. To be fair, he could probably get a pay-as-you-go SIM, but when would he get the chance to top it up? He’s a busy man.

If you’ve got a CCJ, you’re fair game for the bailiffs. I pretended I was out when they came for me, but Boris can’t do that because someone’s always opening the door of his house on the news. Never mind though, I expect he’s got an expensive portrait of Tony Blair he can give them.