Tiny dog very angry about it

A DOG no bigger than a shoe is absolutely f***ing raging about it and ready to take on the world.

Keith, a Yorkipoo from Edinburgh, denied he was suffering from small canine syndrome and swore he would rip the ears off the next twat who commented on how cute he was.

He continued: “It’s bad enough from humans, holding me in their cupped hands and saying how neatly I’d fit into their handbags. Patronising bastards.

“But nothing, absolutely nothing, makes me rage like the way other dogs look at me in the park. That mix of pity and mockery you get from a Labrador sends me off my f**king nut.

“You’ve never seen rage like it. Everything makes me angry. Blades of grass in the park. The mere sight of a slipper. The opening of a door. The theme to The One Show gives me the red mist.

King Charles spaniel Tom Booker said: “Yeah, we all avoid Keith. You only have to walk past his house and he’s yapping at the window like he’s going give himself an aneurysm. 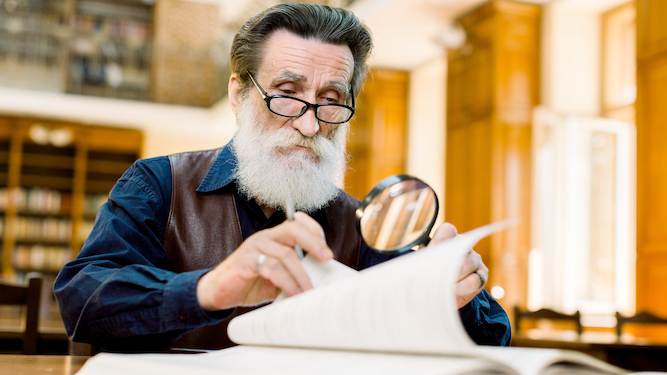 BORED and want to set someone frothing with your misuse of the English language? Strict grammarian Professor Denys Finch Hatton tells you how:

This is a very common construction in modern spoken English, but unfortunately the second ‘of’ is as redundant as Nadine Dorries come the next cabinet reshuffle. Perhaps when your grammar has been corrected, you could suggest the person responsible ‘get off of your high horse’ to really piss them off.

A person or an institution can show bias or be biased, but they cannot be ‘bias’. No, not even if they’re Gary Neville commentating on a Manchester United match, you thick prick.

Your ‘past times’ include playing football and going to the pub? No. You mean your ‘pastimes’. Did you learn nothing in school? Or were you too busy dicking about and now others pay the price by wincing at how ignorant you are every time you post something on cocking Twitter?

‘It’s’ is a shortened version of ‘it is’, while ‘its’ denotes possession. So you would say ‘the dog sat on its bed’ or ‘it’s exasperating being surrounded by f**king illiterate idiots who can’t tell the difference between its and it’s’.

Less rice, fewer grains of rice. Less construction, fewer buildings being built. Basically if you can count it then it’s fewer. For example, I could say you ignorant language-mangling dickheads are less intelligent than I am, but have fewer brain cells. Get it? Get it now?

They’re, their and there

I could explain the difference, but I think we all know you’ll never get it right. I might as well explain the proper use of English to my f**king cat. Apostrophes are just decoration to you people. Use any of these and chances are you’ll use them incorrectly and drive a good man mad. I’ve wasted my life trying to stop you.