A MAN’S attempt to use a proudly independent record shop and cafe near his home was regretted within moments, he has confirmed.

Nathan Muir of Bournemouth thought he was popping into Kill Yr Vinyl for a casual browse, but left after 40 minutes of relentless conversation clutching an unwanted Chemical Brothers 12-inch.

He said: “The guy was on me the second I was in, asking me if I wanted a coffee or was there to dig the crates. There was nobody else there. I had no option but to engage.

“Within minutes I’m balls-deep in a discussion about Steve Albini, the DIY cassette scene, and something called the Penguin Cafe Orchestra he may have just thrown in to trip me up. If so it worked.

“By now I felt as if I was paying to be his friend, and a chance mention of a Chemical Brothers EP I’d once heard had him going through the racks like I’d charged him with a sacred quest.

“He held it up triumphantly, rhapsodised about how you wouldn’t get this service from a chain and how much he’d sacrificed to provide this to the people, then took it to the till and charged me £14 for it.

“Go in again? I’m not even going down that f**king street again.”

The Tory ars*hole's guide to jogging 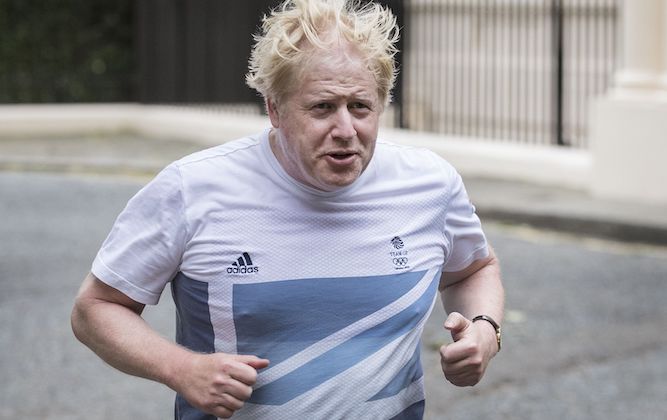 TORY arsehole? Looking to get news exposure but unwilling to answer questions? Go for a run the minute you see the cameras arrive, following these rules:

Set off at dawn

But only during big votes and leadership races when it makes you look disciplined and hard working. You won’t usually be arsed because you spent the night before necking subsidised armagnac in the Strangers’ Bar at the Commons.

A sweat-soaked top will make people think you’ve run miles, when in truth you spend your life being driven around eating big dinners so even the smallest amount of exercise makes you perspire like a pig on Mastermind.

Eschew old T-shirts for top-of-the-range performance sportswear in which you look like a lumbering sack of shit.

You went for a run because exercise is important and not to show off. Though secretly you were hoping to look as iconic and intimidating as Roy Keane walking his dog.

Stop the second you’re out of the public eye