What to do if you're Welsh

IT’S easy to try and ignore being Welsh, but it won’t go away. Here’s how to confront the issue head-on and emerge a stronger Welsh person.

It’s important not to suffer in silence, so find a trusted friend to confide in. In truth they’ve probably suspected you’re Welsh for a while, due to your sing-song accent and love of leek sandwiches.

Listen to What’s New Pussycat? at least eight times a day, even if you find it quite irritating. Also start wearing a traditional Welsh ‘cockleshell’ hat and bright red dress with pretty lace trim like those souvenir dolls in plastic tubes, even if you’re a bloke.

Once you’ve started to come to terms with your Welshness, you might like to celebrate it with others of your kind. If you want to really go for it, organise carnival floats and a PA system blasting out Shirley Bassey, although this could be confused with something else.

You could be related to one of the great Welshpersons, such as Owain Glyndwr, Richard Burton, Aneurin Bevan or Cerys Matthews. Heck, you might even be Cerys Matthews.

However as with all family tree research there is a risk of being related to a dark, unsavoury character you’d rather not be associated with, such as Neil Kinnock, he of the agonisingly embarrassing “Well all right!” speech.

Don’t pressure people to move to Llandudno or ‘watch the rugby’. You’ll get enough converts to Welshness after a few evenings of inviting them over to listen to banging male voice choir hits such as Near, My God, To Thee.

Feminist going a bit too far for male friends' liking 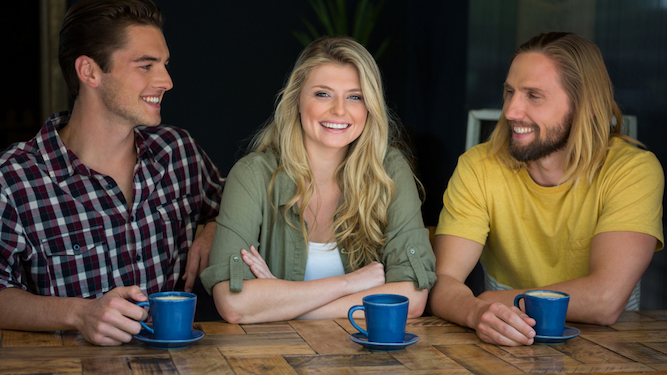 A WOMAN’S liberal-minded male friends feel a bit uncomfortable about some of her feminist views that might apply to them, it has emerged.

“I’m totally against the objectification of women, but surely it’s OK to stare at scantily clad ladies in films? It’s not my fault I’ve got a male gaze.”

Muir said: “We totally agree with Emma that women should be paid the same as men, but I don’t see how watching a video called The Human Sextipede affects that.

“The actors in it probably got paid loads more than I do, and I’m glad about that because I’m a feminist.”

Bradford said: “Martin and Nathan have really sound views on reproductive rights, but they were totally unaware that sexy adverts and magazines like FHM are a direct cause of misogyny.”