Why dogs should be allowed to sleep in your bed, by your dog

CHICKEN? Chicken for me? No chicken at all? Shame. Anyway, big beds are for dogs and humans, speaking as a dog. Let me in because:

Beds are nice and warm. You like to be nice and warm. I burn with the heat of a thousand fires. Dogs have no sweat glands. I will cover you with perspiration so you smell more like you, which makes you powerful.

I enjoy the game we play. Where a human snores then I snore twice as loud. I am excellent at this game. I like to make loud noises all the time to scare rivals. Tonight I am trying out sleep-barking.

I could be a service dog. At any moment in bed you could be dying. But I make sure you are not. By standing on your kidneys when you least expect it. Loud swearing means you are alive. You are welcome.

If stomp does not work. I unleash my majestic scent by your head and on your bedclothes. It will revive you. Swearing is even louder. You are even more alive.

I will improve the boring white bedsheets with it. I will paint it. With the garden. And my biscuit crumbs. Also the suspicious liquids my body produces. They come in a range of colours. To the trained nose it is beautiful.

You love me. I love you. We both love you patting me on my soft head. I think you will also love waking up at 5am because my soft head is staring at you in the dark. Which brings me to my next article, ‘why dogs should be walked at 5am’.

They might be vampires: Why we must keep out Ukrainian refugees, by a bigot 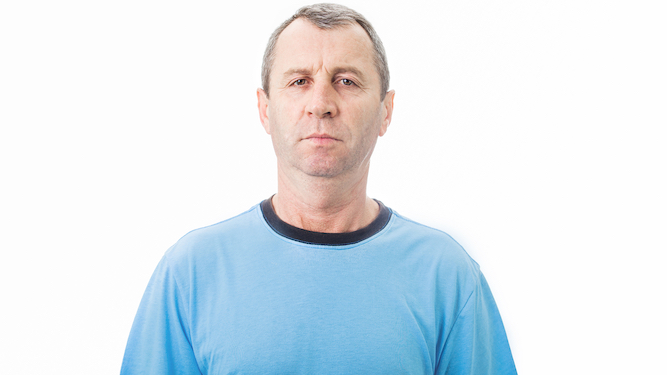 WE should be doing all we can to help Ukrainians fleeing the war, right? Wrong. Roy Hobbs explains why letting them into the UK is a risk we can’t take:

They could be vampires

Ukraine borders Transylvania, where Dracula lives. Bleeding heart liberals might be fine with Ukrainians flying around all night, all cleavage and sucking your dog’s blood out, but if they want to do that, I say stay in your own country.

They supported the Nazis in WW2

Ukrainians fought alongside the Wehrmacht in WW2. They say it’s because they hated Stalin, but they would. We didn’t win two world wars just to hand Britain over to the Nazis. What next? Put ourselves in prison camps and ask the Japs to take over?

They’ll get used to the cushy migrant lifestyle

Thanks to brave GB News presenters who aren’t afraid of the truth, we know that the Ukrainians want free pizza and five-star hotels and anyone who questions this will be arrested for racism. They’re a proud people who love hard work in freezing temperatures, so letting them get used to luxury wouldn’t be fair to them.

We are. Farmfoods was heaving on Saturday. If too many Ukrainians arrive the sheer weight could make Britain tilt over and millions of cars and people will slide into the sea. My daughter denies it but it’s just basic physics. The state of education these days.

It would encourage far-right extremism

More immigrants would increase support for far-right groups and that’s the last thing we want. Broadly speaking. Personally I think we need a strong leader and more discipline and national service, but I’m thinking of the gay metropolitan leftists.

We all know how easy it is to fake things on the internet. Imagine if Ukrainians have faked the invasion with computer graphics so they can come here to cash in our generous benefits system. We’ll look like f**king knobheads then.