Woman congratulates herself for thinking about donating blood

A WOMAN has praised herself after considering the possibility of donating blood.

Nikki Hollis saw an advert about giving blood while she was shopping online and briefly thought to herself that she should look into it sometime.

She said: “I was so overwhelmed by my kindness and goodness in that moment.

“I hate needles and blood and whatever kind of skanky medical shithole I bet you have to go to to give blood, so it really says a lot about my generous spirit.”

Hollis did not, however, click on the link to make an appointment.

Instead she spent several minutes daydreaming about what she would want a statue of her to look like.

She then immediately forgot about the idea of donating, and went back to browsing for trainers made by children.

Royal baby born on St George's Day to be England's saviour, if it's a boy 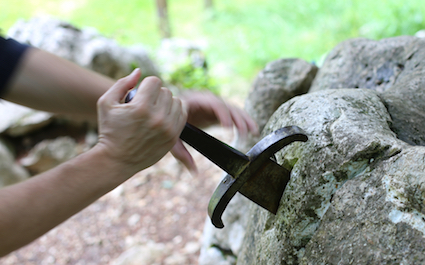 THE new Royal baby born on St George’s Day will be possessed with the spirit of King Arthur and is fated to save England, unless it turns out to be a girl.

Nationalists believe that the baby, born on the dragonslayer’s sacred day, is destined to become either a great leader who will conquer the whole of Europe by fire and sword or a princess.

Patriot Stephen Malley said: “He will emerge from his mother with a St George’s cross birthmark on his face, marked by Albion.

“As he grows he will prove himself a master swordfighter, a skilful tactician, and a boy who refuses to accept that we are a second-class nation, swearing to restore our country to greatness.

“Accepting the sword Excalibur, by his 16th birthday he shall ride up and down Britain to form a great army of true patriots, leading them through the Chunnel to lay waste to the EU and force its leaders to declare fealty to him in perpetuity.

“Then we’ll start building the fleet.”

He added: “A girl couldn’t do that. Come on, this isn’t Game of Thrones. You need to get out of your fantasy land.”