A WOMAN who has been called selfish for choosing not to have children has happily confirmed that that was the whole point of her decision.

Helen Archer, 32, has been told that not bringing a resource-guzzling human that she does not actually want into an already crowded world means she is incredibly self-centred.

Archer said: “I bumped into a friend who was strapping her four kids into a giant SUV so she could drive half a mile to Tesco to spend 100 quid on crappy plastic toys and Fruit Shoots.

“As usual she asked me when I was going to have kids. When I said ‘never’ she tutted and said I was selfish and unfulfilled, whilst her kids whined annoyingly in the background.

“Then she said that after lockdown they were hoping to squeeze a week in a Cornish cottage into the school holidays, which will probably be shortened now because of Covid.

“I told her I was going to use all the money I’d saved during lockdown to travel the world for a year sleeping with hot strangers.

“I’m very happy with my choices.”

Prince Andrew's guide to dealing with the media 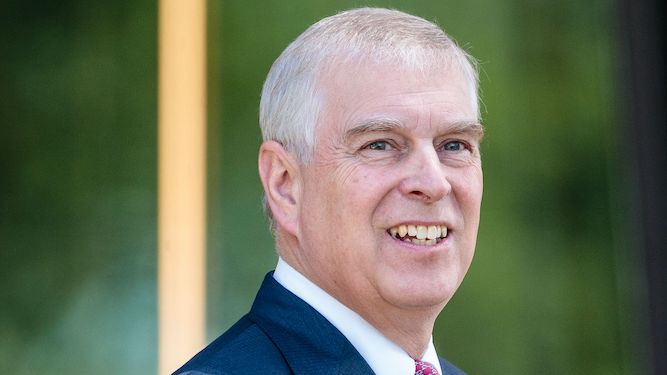 MY nephew and his partner have got into a spot of bother with the media recently. But don’t worry, kids – here’s how Uncle Andy effortlessly deals with those pests.

The British gutter press has no shame. As poor Meghan is finding out, if one’s past isn’t whiter than white the tabloid press will launch a baseless smear campaign against you using verified photographs of dodgy-looking things you clearly have done.

Have a support network

Useful contacts are imperative. If the tabloid vultures are circling it helps to have an old friend to talk to. Though try to ensure your old friends aren’t themselves embroiled in an international sex trafficking scandal. That can look bad.

Keep out of the spotlight. Live as a recluse, only emerging to do the occasional car-crash interview with Newsnight. You won’t find me talking to Oprah, or signing multi-million dollar deals with Netflix. And that has nothing to do with me being shit-scared to set foot on American soil.

Meghan could do something that would annoy the press slightly less than just existing. I’ve found that having a series unsavoury sexual allegations levelled against you is nowhere near as bad as not fitting in with the royal family. It’s definitely worth a try.

No matter how hurtful what is written in the press is, remember it is only words and don’t sweat it. Not that I can sweat at all, due to a peculiar and unique condition I developed in the Falklands.