THE Christmas Radio Times has been bought and its cover immediately removed in accordance with Yuletide tradition.

The magazine, which theoretically exists all year, has been bought and mutilated to mark the approach of Christmas by families across the country.

Roy Hobbs, from Hatfield, said: “Best part of the year, feeling those staples strain and then the crisp pop of the cover coming away in your hands.

“Then the family all flick through it, circling shows we want to see and asking each other why it has such a bloody thick holiday section when nobody has any bloody money after Christmas.

“And after that, we completely ignore it and do all our TV planning through the Freeview menu.”

Man launches crowdfunding campaign to buy himself a pint 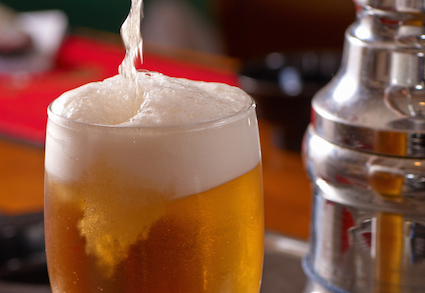 A MAN is hoping to raise enough money to buy himself a pint of beer in the South East of England.

Tom Logan, from Guildford, said: “If we exceed the total I may even be able to throw in a bag of peanuts, so the sky is very much the limit here.

“Donors will receive a range of benefits, including a photo of me saying cheers with the pint and a vague promise to buy them one back the next time they’re in town.”

Messages have been pouring in from backers wishing Logan the best of luck with raising the funds.

Helen Archer, from Stevenage, said: “It’s incredibly ambitious, but that’s what I love about it.  At least it’s not some sort of ‘fitness watch’ for gits.”

Meanwhile Logan has pledged to back another fundraiser who wants to buy a sandwich on a Virgin train.