THE Daily Mail’s outdated coverage of women is causing readers to suspect some of them may be witches.

The paper regards women with such a combination of fear and suspicion that regular readers believe many are evil occultists with magical powers.

Office worker Tom Logan said: “The Mail has taught me all the cliches about women are true. They’re bitchy, obsessed with their appearance and diets, and always looking to snare a man.

“That got me thinking – maybe other old beliefs about women are true, like maybe some of them are witches? An awful lot of them have got cats. And brushes, which are just modern broomsticks.

“I’m currently building some big scales so I can weigh my girlfriend Hannah against a stack of bibles. She’s brought it on herself with her diabolical female ways.”

Teacher Carolyn Ryan said: “The Mail is making me suspect I could be some sort of magical hag, especially the ‘Femail’ section, which is basically the Salem witch trials in newspaper form.

“I’m checking myself for extra nipples and warts. The Mail really hates cellulite, so that’s probably the mark of a witch too. Looks like I’d better build a myself a nice pyre.”

Old racist in Stoke interviewed by media for 178th time 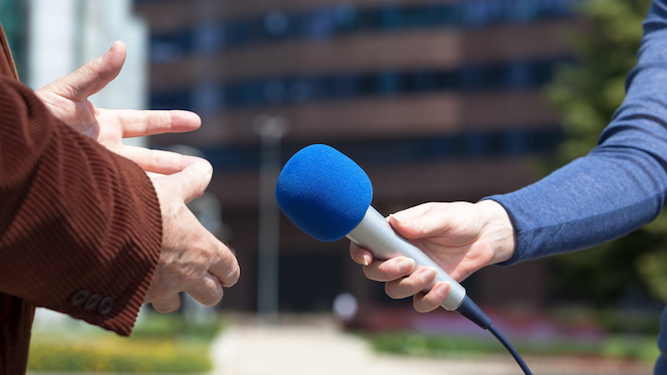 A PENSIONER with strong but largely misinformed views about Brexit is to be interviewed by the media yet again, for some reason.

Despite having no particular expertise relating to Brexit, Norman Steele has been interviewed by the BBC, ITN, Guardian and others because he is always easy to find in the Black Wolf pub.

Steele, 74, who is likely to be £60 a week worse of and will die without six types of daily medication, is also favoured for his snappy quotes such as ‘Bring back rationing, it’ll do us all good’.

BBC News reporter Martin Bishop said: “We’d interview the 17 million or so people who voted Remain but they’re not ‘real’ in the authentic way Norman is. Also they’re at work.

“Norman draws some fascinating parallels between Brexit and World War 2 which I find refreshing and insightful. For a foetus, he played an amazing role in winning the war.

“He makes me feel very guilty and metropolitan. His is the authentic voice of elderly, white, disaffected, bigoted, bloodyminded pig-ignorance and we should hear it as often as possible.”