FINDING it hard not to share your inane thoughts with the internet? Learn how to quit Facebook and Twitter for good with this guide from former social media addict Donald Trump.

Going cold turkey never works – you need to wean yourself off gradually by sharing blatant lies about a democratic process. The free speech stifling bosses will try to hide your ramblings or slap them with some bullshit disclaimer, which will give you a taste of what life is like without social media.

If you haven’t got 88 million followers this might be a bit tricky. But have a go at encouraging rioters to storm the headquarters of a divided democracy anyway. It still wasn’t enough to get me booted off, but I reckon it definitely helped in some small way.

Once you’ve tried to stop a completely legitimate president taking over, double down on the insanity by spouting lies in all caps. This will lead to your account being suspended for a short period of time roughly four years later than it should have been. But you’re not free yet.

You’ve probably got some secondary accounts you’ve forgotten about, so try to log in to these in a desperate attempt to feed your addiction. With any luck you’ll discover these have been deactivated too, so you won’t be tempted to tweet ‘NUKE MIKE PENCE!!!’ the next time you’re bored taking a dump.

After a few hours without social media access you’ll go into withdrawal and try to set up an account on far-right loony bin Parler. Luckily for you this platform favoured by conservative fruit loops has been shut down. Now you’re free to pollute the world via different media such as your own TV channel. 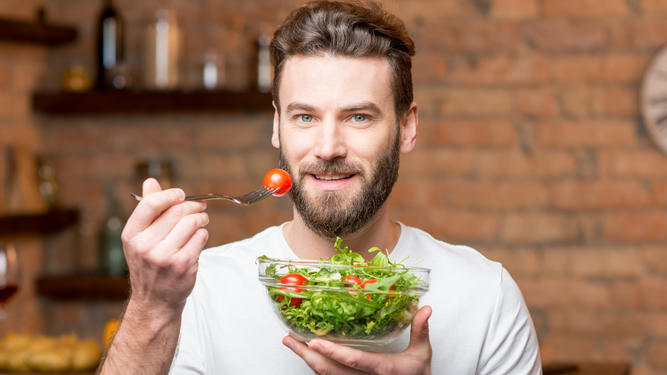 THE hardest part of going vegan during January is not being a complete and utter pain in the arse about it, it has emerged.

Veganuary participants agree that a lack of meal options or discovering that milk is in everything pales in comparison to the difficulty of not being a boring irritant about their diet.

Temporary vegan Josh Hudson said: “I fell off the wagon on day one when I whinged about the dryness of a Co-Op falafel wrap. On reflection, telling my girlfriend about it for a full 15 minutes was probably too much.

“And of course in the rare moments when you’re not hacked off with veganism, you drone on tediously about how much healthier you feel while meat-eaters are stuffing their bodies with toxic animal gunk.

“Getting through Veganuary without being annoying was so much easier when it didn’t exist. Back then you couldn’t complain that Greggs had sold out of vegan sausage rolls because they simply didn’t cater to us.

“Nowadays you can be a right misery about the blandness of your endless tinned tomato-based meals, the pressure to go full-time from hardcore vegans, and even the word Veganuary itself, which you’ve got to admit is pretty embarrassing.

“If only I wasn’t forced to do this every year by society and was instead free to make my own eating and lifestyle choices. A man can but dream.”