BREXIT has been a disaster in many fields, but the BBC are duty-bound not to say it. What are they saying instead?

Never mind that farms have had to leave entire harvests rotting for want of pickers because Brexiters couldn’t bear the idea of all those foreigners in our fields. There is a mysterious shortage of fruit for some reason only nature understands that oddly isn’t happening just across the sea in the EU.

It’s not that Brexit stopped tens of thousands of drivers from living and working in the UK and caused them to return to the EU. No, it’s actually that a lorry jackknifing on the M25 in July has caused a delay to supplies that could last anywhere between three and 50 years. Pesky traffic.

The mess we find ourselves in isn’t due to us leaving the customs union, which should have caused no inconvenience whatsoever. No, it’s the belligerent EU applying their usual rules to non-members, like a gym insisting you can’t go bollock naked into their sauna now you don’t pay for it anymore.

‘A bizarre shortage of human beings’

Despite widespread hysteria about Britain being ‘full up’ there is suddenly a strange shortage of human beings to take on jobs in retail and hospitality, making it harder for Brits to engage in their favourite hobbies of shopping and getting pissed. Why? Who knows? Only time will tell, as the BBC aren’t going to.

Forget the misery of food shortages by focussing on the fact that Christmas is on its way. It’s a time for merrily gathering with family and friends and miserably realising there is no turkey, booze or toys because of… Oh. Brexit.

TalkSport presenter and other dickhead jobs Andrew Neil could do now 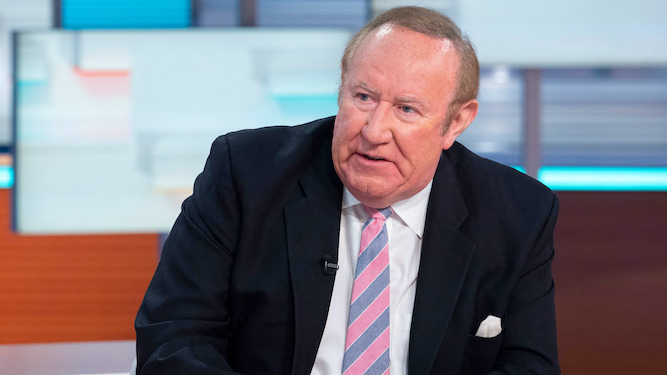 ANDREW Neil is unemployed after jacking in GB News just three months after he started it. What dickhead job could he do next?

LBC will take any old washed up has-been with an inflammatory opinion, making it perfect for Neil. A further plus point is that he could rant about the evils of the EU from his luxury home in France and no one would know he wasn’t presenting from good old Blighty.

Another graveyard for the jaded or the unhinged, this would make a good home for Neil. Even if he knows nothing about sport, he would have plenty to say about taking the knee, and that would be enough for a twice weekly show.

Neil could follow in the footsteps of broadcasting heavyweights such as Natasha Kaplinsky and John Sergeant by putting on his sequins and giving ballroom dancing a whirl. He’ll have to sacrifice a bit of pride, but he will be used to that after the disaster that is GB News.

What job is better suited to an over opinionated blowhard with a penchant for stoking bullshit culture wars than as a minister in the current government? In fact, Neil could take over Prime Minister’s Questions, as he’s way better at public speaking than the current incumbent.

If all else fails, why not remain a contributor to the very channel that you have just resigned from? Which is exactly what Neil is doing. Despite launching GB News, he’ll be glad viewers are now switching off in droves because the embarrassment of playing second fiddle to Nigel Farage must be awful.

Neil is 72, he’s had a long and successful career and he clearly wants to spend all of his time at home abroad. Why doesn’t he just quit broadcasting for good and spend his time privately fuming about the perils of foreign countries while enjoying France’s finest weather, wine and cheese? We’ll all be happier.