SOMEONE is writing a Guardian article about how leaving London to live in Bristol is like fleeing Syria, it has been confirmed.

Freelance journalist Tom Booker is writing a 1,500 word piece titled Migrant from the Metropolis, about a media professional forced by economic inequality to flee the capital for a three-bed semi in the South West.

Booker said: “I know Guardian readers are interested in migration and events in the Middle East,  but they also love reading about people leaving London, especially if the ex-Londoner is a bit sad about it.

“They snapped up my pitch, now all I’ve got to do is wank it out. I’ve bought some biscuits, should be done by lunchtime.”

Booker’s article opens with his family arriving bleary-eyed at Bristol train station after an exhausting two-hour journey with a change at Swindon.

“Would there be any good non-corporate bookshops selling quality coffee? Or a cinema showing anything other than multiplex superhero fodder?

“Will our children master the local dialect? I suppose they will grow up with Bristolian accents.

“We’ll probably never see our London friends and family again, and if we do they will look down on us as something ’other’.” 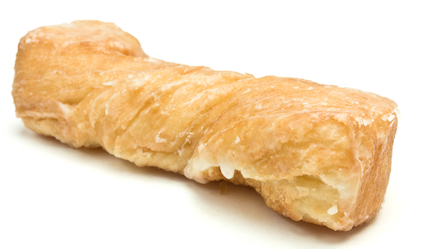 WAYNE Rooney has inspired millions of young Britons to phone it in while gorging on sticky buns.

The Manchester United and England captain has been identified as the perfect role model for lazy young people who are unable resist the lure of Greggs.

Tom Booker, a data entry clerk, said: “I want people to look at me and say, ‘that Tom Booker could have been the best data entry clerk in Wiltshire, but he stopped giving a toss and now he’s only in it for the money.

“I share Wayne’s refusal to admit blatant incompetence, as well as his devotion to the Yum Yum.”

Nathan Muir, a 17 year-old from Stevenage, said: “When I leave school, I want to be a cautionary tale, just like my hero.

“I’m going to shout a lot to make it look like I’m trying really hard, but secretly I’ll be putting in the bare minimum of effort while refusing to take responsibility for my mistakes.