ISIS has paid the Daily Mail and the Sun five figure sums for ‘strategic public relations and reputation management’.

The terrorist maniacs have now signed up for a long-term media campaign with Britain’s two biggest newspapers and promised to recommend them to other insanely violent extremists.

Isis leader Abu Bakr al-Baghdadi said: “The brief was to make British Muslims feel alienated so they would reject Britain’s liberal secular values and pledge their loyalty to the Caliphate.

“We’re very happy with what we’ve seen so far and look forward to working together throughout next year. They are client-focused at all times, continually thinking about our short, medium and long-term objectives while protecting and enhancing the power of our brand.”

A spokesman for the Daily Mail said: “We took a multi-pronged approach to this brief including opinion polls, double page spreads about Jihadi brides and a competition between our reporters to find ‘Britain’s most horrible Muslim’.

“Abu Bakr and his executive team have been fantastic clients, giving us everything we need. If they didn’t exist we’d have to invent them.”

Health advice just assumes nobody does manual work these days 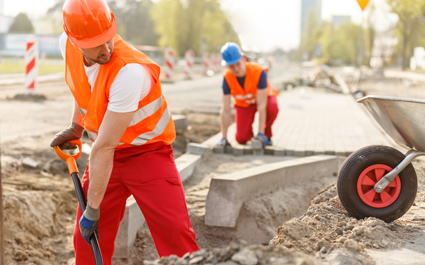 EXPERTS giving out dietary advice believe everyone spends their days sitting down in a nice warm office, it has emerged.

Following recommendations that Britons do not eat a piece of meat bigger than the palm of their hand, doctors confirmed that only applies if you do not have to push a wheelbarrow full of bricks.

Doctor Nikki Hollis said: “Of course all this is aimed at – I hesitate to say civilised people – but people who do proper jobs with computers and smart clothes.

“If you’re outside all day lifting things you probably need to eat, I don’t know, at least two handfuls of spinach. And maybe a small bag of cashew nuts.

“It’s also important for people like bricklayers, if indeed they still exist, to go running or to the gym five times a week for thirty minutes. Just to get some physical activity.”

Builder Roy Hobbs said: “I want to stay healthy because they keep raising the retirement age, which again is fine if you aren’t physically destroyed from four decades of moving heavy things around.

“To be honest though, whatever they recommended I would still eat a daily fry up bigger than my head.”