CAREFUL bicycle users are increasingly using the pavement as a way to avoid the dangers of the road.

Office worker Tom Booker cycles entirely on the pavement for his morning commute because pedestrians are less potentially harmful than buses.

He said: “The pavement is great, it’s like a tiny road where I am king. The weight of my bike and my speed means that if I hit a walking person they are likely to come off worse, which is reassuring to know.”

However Booker admitted that it can be frustrating when the pavement is crowded with pedestrians who stubbornly refuse to step into the road.

“Not sure though, pedestrians are notorious for their poor sense of humour.”

Pedestrian Emma Bradford said: “The main thing is that cyclists are safe and if that means getting knocked over occasionally, it’s a price I’m willing to pay.” 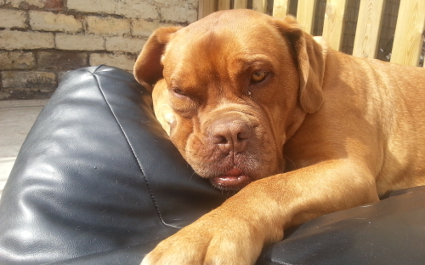 DOGS have been criticised for Photoshopping images of themselves on adoption websites.

Potential owners have spoken out against the misleading photos, which were either taken years earlier or manipulated to cover up missing ears or limbs.

Mary Fisher, from Leatherhead, said: “According to his profile, Butch was a Labradoodle with a gentle nature who enjoyed fetching balls and sleeping in front of the fire.

“When we met it was obvious he was part pit bull, had missing teeth and spent all his time jumping up at the bars. But I’m the bad guy for getting his hopes up. If he’d been honest in the first place I never would have swiped right.”

Welsh collie Tom Booker said: “Everybody lies in these things. The number of owners’ profiles I’ve seen claiming they love the outdoors, then you move in and it’s box sets every fucking weekend while I’m stuck in the back garden.

“Hey, we’re all flawed. Sometimes I piss on the rug. It’s no big deal.”