A CONTESTANT on Come Dine With Me who went to his local butchers to buy five steaks had never been inside a butcher’s shop in his life, it has emerged.

Tom Booker, from Bedford, decided to buy the steaks from his local butcher instead of the supermarket as it would ‘make it look like he knows what he’s doing’.

Booker said: “I usually just walk past the butcher and think ‘Christ, that place looks like a fucking horror show’. But I’ve seen other people do it so I thought I should to.

“Me and the butcher, Roy, hit it off straight away and so he was happy to pretend I go in there all the time.

“I called him ‘Norman’ in the first few takes, so eventually he wrote ‘ROY’ on his apron in pigs’ blood, just as a little reminder.”

Booker added: “I probably won’t be going back though as it really stunk of raw meat and there were bits of dead animal everywhere.”

The show’s producer, Emma Bradford, said: “We encourage the contestants to do what they would normally do at one of their dinner parties. Whether that’s having a jug band playing in the garden, a salsa class before pudding or just having Michael Barrymore sitting at the table looking lost and confused.” 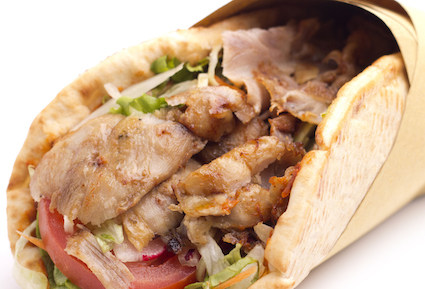 NINETY percent of kebabs are significantly more regrettable than most drunken one night stands, researchers have have confirmed.

The Institute for Studies found that people felt a greater shame after looking at the remains of whatever that was they ate last night compared to peeling back the covers and looking at someone they do not know, or in worst cases, they know really well.

“But he’s not quite as greasy, odorous and misshapen as whatever that was. This time, I really do feel dirty.”

“But I’m supposed to be a vegan and me and my girlfriend are going to a vegan food market today. I’m sure they’ll smell the meat on me.

“Obviously, the fact that I’ve got a girlfriend would make you think that I should regret the one night stand more.

“But, like I said, I’m a vegan and that always comes first.”