THE purportedly average people in an adverts promoting ’natural beauty’ are still incredibly good looking, it has been claimed.

An advert for some pointless face cream that aims to show such products are not just for models only features people who could be models.

Instead of using ridiculously-chiselled men and size six women, it used merely very good-looking men, and women between size six and size eight.

A spokesman said: “We wanted to do something different and show our support for the average person – the type of man or woman you might find appearing on a nudity-based reality show, or being voted ‘sexiest cheerleader’.”

Consumer Tom Booker said: “The models aren’t as fit as usual but they’d still never go near me.

“When are we going to see actually normal looking people on billboards, like Peter Beardsley or my nan who has got a webbed foot.

“Actually I’m not sure if that’s normal but anyway, you get the idea.”

Bus company announces plan to do its job properly 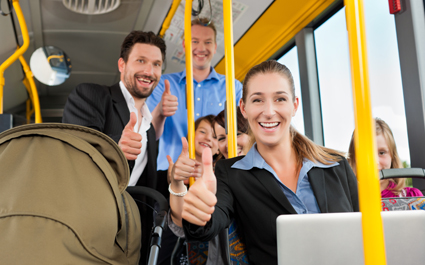 A BUS company has unveiled a radical new approach that involves buses running vaguely on time.

With buses across the UK turning up whenever the fuck they feel like it, the new plan will see bus drivers at least try to conform to some sort of timetable.

A spokesperson for the newly-formed Punctua-Bus company said: “Rather than just saying fuck it and letting the buses come and go on a random basis, or just cancelling services without telling anyone while they wait in the rain, we’ll try to organise them a bit.

“We can’t promise that every bus will be on time as that would require genuinely hard work and commitment to our jobs, and who’s got time for that?

“But what we can guarantee is when the bus is 20 minutes late after the last bus didn’t show up, the drivers will now be encouraged to acknowledge this and not just snarl at you for wanting to get to work.”

Bus driver, Bill McKay said: “I don’t like these new fangled ideas about being on time and not acting like a prick.

“I mean, what’s the point in being a bus driver if you don’t get to be a prick?”