PUZZLED as to how newspapers fill up their column inches on a daily basis? Here are five bullshit stories they can’t help but run regularly.

For decades scientists have been five years away from being able to resurrect a woolly mammoth. Are they dragging their heels because they’ve realised people want dinosaurs or nothing? There’s a reason mammoths didn’t appear in Jurassic Park: they’re not as cool as velociraptors.

Humans colonising Mars has been in the newspapers since the beginning of the Space Race, but the story has been given added urgency as we’ve continued to merrily burn through the earth’s dwindling natural resources. Adding entertaining new angles such as billionaire lunatic Elon Musk and his SpaceX programme means this one will keep running.

Anything about Princess Diana

These articles are often tied into notable anniversaries, like that time she wore some nice shoes or appeared in public with earrings. They won’t come to any conclusions about the People’s Princess though, because the paper needs to squeeze another 40 years out of mulling her over.

A boob fell out of a dress

Depending on where you’re reading about a wardrobe malfunction the tone will differ greatly. The Guardian will soberly reflect on the patriarchal nature of the fashion industry, whereas the Sunday Sport will accompany a full-page photo of the faux pas with the witty headline: ‘Cor, look! Jugs!’

Or Tupac, or Kurt Cobain, or Hitler, or Lord Lucan, or Marilyn Monroe. Newspapers love a story about a celebrity or criminal long believed dead suspected to be living on a secluded island or being spotted in a Tesco Metro in Barnsley. It can’t be proved either way, meaning it can be brought out to fill a page every five years or so.

Woman settling down in front of TV to look at phone 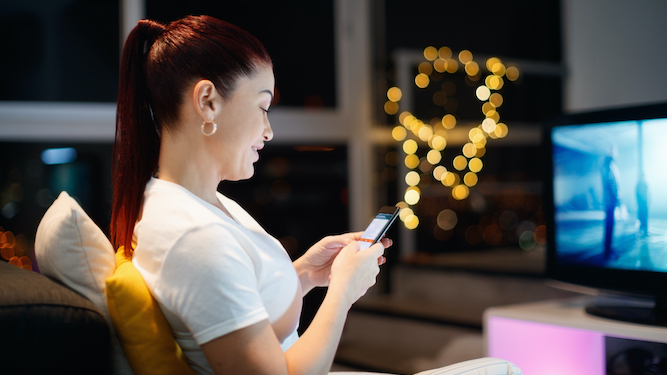 A WOMAN is looking forward to a night in front of the television looking at her phone.

After a long day of working from home Lucy Parry relishes the relaxation that half-listening to the television while scrolling on another device gives her.

Parry said: “Nothing beats the feeling of flopping down in front of one of my favourite programmes to get stuck into a good celebrity Instagram feed.

“I’ve sat in front of some fantastic shows recently but I wonder why they all have such complicated storylines. If I can’t follow the plot when I’m occasionally looking up in between apps on my phone, then who can?

“I hope in the future television writers take into account the fact that most of us are dicking around on at least one or two other screens.

“If they want to unfurl a complex plot over six episodes, they’d be best off Whatsapping it.”