THE Sun is the worst of Britain and has been for 40 years. But can it continue its downward spiral into evil? Perhaps with these headlines:

The Princess of Wales’ former butler Paul Burrell somehow discovers 25-year-old documents, many with the ink still fresh, in which she supports leaving the EU on WTO terms. It’s all deeply implausible, but the Sun despises its readers.

The UK has plunged into severe depression. Food shortages and unemployment are rife, and soldiers are on the streets enforcing a 6pm curfew. This is all, the Sun explains, the fault of Gary Lineker’s woke snowflake tweets.

BORIS: ‘I’VE NEVER BEEN SO IN LOVE’

After another Boris Johnson affair the Sun gets 100 per cent behind the prime minister with nauseating posed photographs of the PM and his new squeeze, with the subheading ‘Why our glorious leader’s newfound love brings joy to us all’. The previous bird and her inconvenient baby officially no longer exist.

BREXITER-ONLY ENGLAND WILL WALK THE EUROS

The England squad will be restricted to players who definitely voted for Brexit because their patriotic fervour will crush our European opponents. Much as Britain did in WW2, as the paper points out 300 times. The squad will be led by Harry Kane dressed as a crusader, unless he voted Remain.

TAKE TO THE HILLS AND FEAR YOUR NEIGHBOURS

By advising Britons to arm themselves, retreat to fortified compounds and murder anyone different from them, the Sun is merely taking its jingoistic, ‘island nation’ stance to its logical conclusion. Complaints are treasonous, and the PCC will ignore them anyway.

The tabloid finally hits rock bottom with a claim, coincidentally the day after Rupert Murdoch buys Manchester United, that everyone in Britain secretly supports them. Their offices are burnt down and their journalists are made to work producing takeaway flyers instead. The country is finally free. 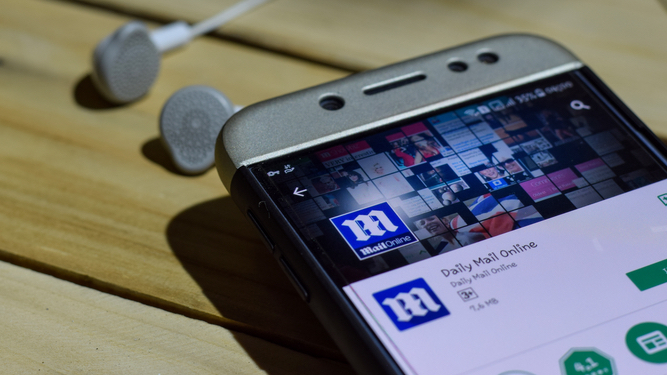 DO you have a strong urge to criticise Black Lives Matter on Mail Online without looking like an actual racist? Here’s how to go about it.

There are important points to be made about Britain’s imperial crimes and also their historical context. Don’t bother with that, just post whatever bollocks is bubbling away in your head, eg. ‘Police politicully correct. Pedo connexion???’

Pretend to have developed a sudden passion for British history

Despite your historical knowledge previously being limited to Downton Abbey and war films, you now have a deep interest in obscure imperialists who must not be ‘erased’. Come off it. Up until now you thought Oliver Cromwells were a type of biscuit.

Make a shit job of not being racist

If you’re a Daily Mail comments regular you’re probably not the world’s most cunning person. Litter your post with phrases like ‘other cultures taking over’ and ‘crime in London’ that basically send out the unambiguous message: ‘I am a massive racist’.

Pointlessly try to disguise words from the moderators

Assume you’re being clever and subversive by trying to beat the moderation process with odd spellings like ‘b-.l-.a-.c-.k’. Just one question – WHY F**KING BOTHER? Have you seen the stuff the Mail DOESN’T bother to moderate?

If they’re after Baden-Powell, it’s only a matter of time before they’re arresting seven-year-old girls for being in the Brownies, right? Don’t forget the paranoid classic: ‘How long before it’s illegal to be a straight white man/Brexiter/someone who eats sausages?’

What next? Will the protesters pull down statues of Morecambe and Wise for some imagined slight? (NOTE: this is an actual comment.)